Cory Monteith had spent his last hours enjoying an evening out with friends before he tragically passed away of unknown causes while alone in a hotel room in Vancouver, Canada.

The 31-year-old Glee star – who completed a stint in rehab in April for substance addiction and appeared to be “happy and healthy” in recent months –  was out in Vancouver before returning alone to his Fairmont Pacific Rim Hotel in the city.

Cory Monteith had been in his luxury hotel room with friends on Saturday evening before heading out for the night. His girlfriend and Glee co-star Lea Michele is not believed to have been with him.

No cause of death has been confirmed at this point but there was said to be no implications of foul play. Medical examiners will conduct an autopsy on Monday.

Recent pictures of the star showed him looking happy and healthy in the company of his long-term girlfriend after flying into LAX in California.

Cory Monteith last tweeted on Friday, joking around about the new sci-fi film Sharknado. He wrote: “What the c**p is Sharknado… Oh. IT’S A SHARK TORNADO.”

Authorities refused to say if there was any connection between Cory Monteith’s voluntary stint in rehab and his untimely death, the Toronto Star reported.

They also declined to comment on the contents of the room.

It is believed that Cory Monteith had been dead for several hours in his room before his body was found. 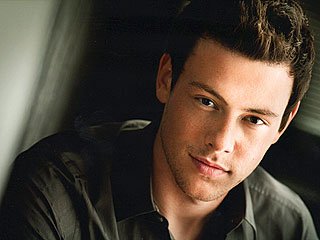 Cory Monteith had been due to check out of the luxury hotel on Saturday but when he failed to do so, cleaning staff went to his room where they found his body.

Paramedics were called who declared him dead at the scene shortly after noon. Police said there were no signs of foul play and said that Cory Monteith had died alone.

Video footage has revealed Cory Monteith returning to his room by himself after an evening out with friends on Friday.

Cory Monteith had checked into the hotel room on July 6 and was due to check out on Saturday.

The actor, who played the character Finn Hudson in the popular Fox show, had spoken publicly about his battle with addiction.

He had previously received treatment aged 19 and commented that he took “anything and everything”, according to the Vancouver Sun.

Cory Monteith’s family, who live in Calgary, were notified shortly before police held a press conference over the tragic news.

Acting Chief Doug LePard read in a statement: “Shortly after noon today, the Vancouver Police received a call from the BC Ambulance Service regarding a sudden death in a room on the 21st floor of the Fairmont Pacific Rim Hotel at 1038 Canada Place in downtown Vancouver.”

Confirming: “The deceased has been identified as 31-year-old actor Cory Monteith, who achieved great fame on the popular TV series Glee.”

Before giving out further information, Doug LePard said: “I want to pass on our condolences to the family, friends, cast-mates and millions of fans of Mr. Monteith.”

Word had begun to spread on Twitter of the news late on Saturday night although there was no official comment made at that point.

Many believed it to be hoax, as it is not the first time news of his death had spread over the internet.

Tragically, this time the rumors turned out to be true. In a short statement, Cory Monteith’s publicist Melissa Kates said: “We are in shock and mourning this tragic loss.”