A third victim of Asiana Airlines plane crash landing, a Chinese girl, has died from her injuries, a San Francisco hospital has announced.

She was among about a dozen injured still in hospital after Asiana flight 214 struck a sea wall as it approached the airport too low last week.

Meanwhile officials confirm another victim was hit by a fire truck as she lay on the tarmac, police say.

Ye Mengyuan, 16, was found covered in fire-fighting foam in the tyre tracks of the truck.

It is not clear if she was still alive when it hit her. 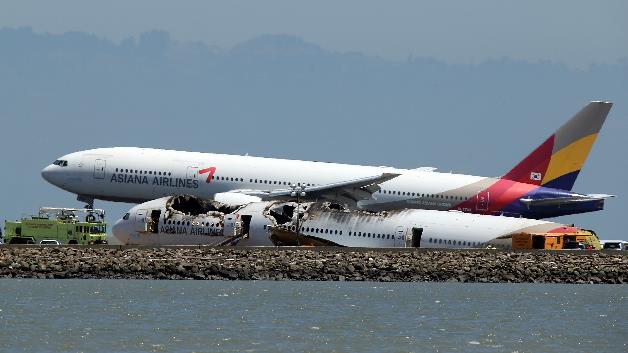 A third victim of Asiana Airlines plane crash landing, a Chinese girl, has died from her injuries

Dozens of passengers were also wounded, although most suffered minor injuries.

Ye Mengyuan’s cause of death has not yet been established, but county coroners have suggested their findings could be released next week.

“We know for sure she was at least run over one time, but at the time she was under foam, so nobody could have seen her,” San Francisco Police Chief Greg Suhr told the San Francisco Chronicle.

Ye Mengyuan and another Chinese 16-year-old who died, Wang Linjia, had been in the rear of the plane, where many of the most seriously injured passengers were seated. Their bodies were found on the tarmac.

The third victim’s name and age were not released at the request of her parents.

About a dozen passengers remain in hospital on Friday, including three in critical condition.

The plane came in much too shallow last Saturday before its main landing gear struck a sea wall well short of the end of the runway. The tail of the 777 was ripped off.

The plane went into a 360-degree spin before coming to rest.

Officials have said that pilots only realized the plane was flying too slowly seconds before the crash.

The pilot, who was about half way through his training, pushed the throttles to speed up and then tried to abort the landing, but it was too late.