Hundreds of thousands of people in eastern China have fled their homes as Typhoon Soulik moves inland amid warnings of floods and landslides, state media report.

The typhoon earlier led to extensive flooding on the island of Taiwan. 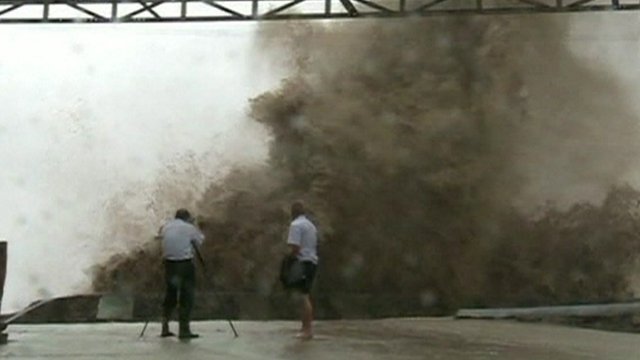 So far one person is reported to have been killed on the island, while more than 8,500 people were evacuated from mountainous and other areas prone to landslides.

In Fujian and Zhejiang, another Chinese coastal province, flights and train services were cancelled and fishing boats called back to shore.

In Taiwan, a police officer was killed by falling bricks but other people suffered mostly light injuries, including from fallen trees or being blown off their scooters.

Soulik was the first typhoon to hit Taiwan this year and there had been fears of major damage because the island was the first place it made landfall, reports the BBC’s Cindy Sui in the capital Taipei: Nearly 50,000 soldiers were put on standby.