Kris Jenner and her brood launched a lawsuit against Ellen Kardashian after she allowed diaries belonging to Robert Kardashian, who died of cancer ten years ago, to be published.

Now Robert Kardashian’s widow, Ellen, has hit back by filing a counter-suit accusing the powerful Hollywood family of hiring private detective Jake Schmidt to dig up dirt on her – all to boost ratings.

According to the documents obtained by Radar Online, Kim, Khloe and Kourtney Kardashian and their mother Kris Jenner hired the PI to trap Ellen in “unlawful or illicit behavior”.

The so-called sting involved a series of “mysterious” text messages, which Ellen Kardashian  claims, were sent to her by Jake Schmidt in March in which he offered damaging information about Kris Jenner and asked for a meeting.

The suit states the texts are “purposefully ambiguous” but imply the information is for sale. Ellen Kardashian rejected the offer. 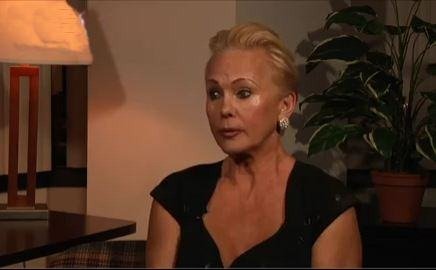 Ellen Kardashian is accusing Kris Jenner and her family of hiring private detective Jake Schmidt to dig up dirt on her, all to boost ratings

Legal papers say Jake Schmidt again asked to meet with her for a second time and again she refused.

He then “menacingly terminated the dialogue by threatening to turn the information that he has over to the Kardashians”.

The writ continues: “Empty handed from his unsuccessful attempt to entrap Ellen, Jake apparently went back to the Kardashians and they were forced to air what little information he was able to gather.”

The episode called Enough is Enough was simply a vehicle to bash her state the legal papers.

“It all adds up to a seedy attempt by the reality TV family to entrap Ellen as part of a scheme to create ratings.”

Claims of fakery are hardly new accusations for the show.

During Kim Kardashian’s bitter divorce from Kris Humphries, the basketball player tried to argue he was duped into marriage for the TV show.

And a producer called to give testimony in the hearing swore under oath that scenes were manipulated to make Kris Humphries look like the villain.