Khloe Kardashian is reported to have kicked out her husband Lamar Odom, after the “revelation” of a year-long affair with Jennifer Richardson.

However, sources close to Khloe Kardashian have revealed to MailOnline that this couldn’t be further from the truth.

According to Star magazine, Khloe Kardashian had kicked Lamar Odom out of the house after discovering he had been cheating on her since at least January 2012. 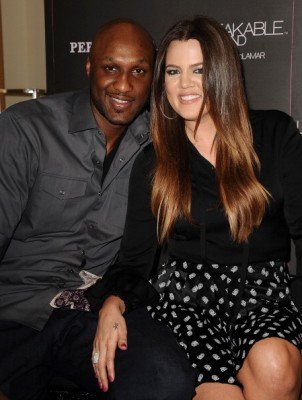 The report named 29-year-old brunette Jennifer Richardson, who Lamar supposedly met at the Stadium Club strip club in Washington D.C. after he played a game for the Dallas Mavericks.

InTouch magazine also claimed that Khloe Kardashian had walked out on their marriage following the claims, but insiders close to the star say that this is not the case.

“We just wanted to prioritize a little,” Khloe Kardashian told People magazine at the time.

Khloe Kardashian added: “I’m a modern girl, but you should put your husband first. I like to think divorce is not an option.”

Responding to another report that her marriage was on the rocks earlier this year, Khloe Kardashian said: “Anyone who pays attention to these things can easily see the incredible bond that everyone in my family shares.

“I’m happily married to a wonderful man and fall in love with him more and more each day, and we’ll have a baby when god wants us to and when the time is right. These blatant lies are distasteful and shameless.”