Cleveland kidnap victim Michelle Knight has broken her public silence to bravely face the cameras for the first time since her rescue from the house of horrors in May in a recent video released on YouTube.

Michelle Knight’s captor Ariel Castro is accused of starved and punching her until she miscarried during her decade-long ordeal.

But Michelle Knight, now 32, sought to reassure the public saying: “I want everyone to know I’m doing just fine.”

She admitted in the video released onto YouTube on Monday that she had been “through hell and back, but I am strong enough to walk through hell with a smile on my face”.

A smiling Michelle Knight spoke directly into the camera said: “I will not let the situation define who I am. I will define the situation.”

It was not even known that Michelle Knight had been kidnapped until she was found in Ariel Castro’s home on Seymour Avenue on May 6.

“I don’t want to be consumed by hatred. With that being said, we need to take a leap of faith and know that God is in control.”

Appearing alongside Amanda Berry and Gina DeJesus, who Michelle Knight refers to her as “her best friends”, the three women each appeared separately in the three-minute, 33-second clip, as they thanked those who helped them and to request their privacy be respected.

All three women appear healthy and flashed their warm smiles to the camera.

The set-up interviews, were recorded on July 2 and filmed at the law offices of Jones Day in Cleveland, Ohio and put together pro bono by PR firm Hennes Paynter Communications.

Frequently referring to her faith during her brief statement, Michelle Knight expressed her dearest wish to now help others who have been through similar horrific ordeals of captivity.

“To know that there is someone out there to lean on and to talk to,” she said.

“Thank you for all your prayers. I’m looking forward to my brand new life.” 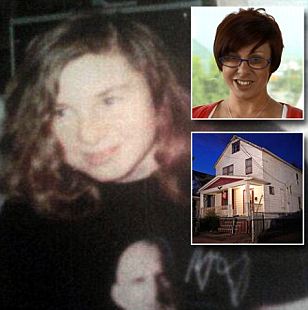 Amanda Berry, Gina DeJesus and Michelle Knight broke their combined public silence in the video posted late on Monday evening, saying the encouragement of family, friends and the public has enabled them to restart their lives.

The captor, former bus driver Ariel Castro, 52, has pleaded not guilty to a 329-count indictment that includes charges of kidnapping and rape – alleging he kidnapped the women off the streets between 2002 and 2004 and held them captive in his two-story home.

Ariel Castro fathered a 6-year-old daughter with Amanda Berry and is accused of starving and punching Michelle Knight, causing her to miscarry – for which is facing the charge of aggravated murder of a fetus – which could carry the death penalty.

He was arrested on May 6th, shortly after Amanda Berry broke through a door at the home and yelled to neighbors for help.

Kathy Joseph, an attorney for Michelle Knight, said in a statement that the three women wanted to “say thank you to people from Cleveland and across the world, now that two months have passed”.

She said they’re being recognized in public, “so they decided to put voices and faces to their heartfelt messages”.

James Wooley, attorney for Amanda Berry and Gina DeJesus, also issued a statement saying Michelle Knight and his clients thank people for the privacy they’ve been given and do not want to discuss their case with the news media or anyone else.

Released from hospital five days after Gina DeJesus and Amanda Berry, Michelle Knight has by all accounts been staying with DeJesus’ family because of her fractious relationship with her own.

When Michelle Knight finally left hospital in mid-May, she thanked the public for their support and the fund created to aid the victims.

A hospital statement said: “Michelle Knight is in good spirits and would like the community to know that she is extremely grateful for the outpouring of flowers and gifts.

“She is especially thankful for the Cleveland Courage Fund. She asks that everyone please continue to respect her privacy at this time.”

It was revealed Michelle Knight is reportedly suffering hearing loss and facial bone damage after years of vicious beatings to her head.

Michelle Knight was 20 when she was taken off the street in 2002 and little was made of her disappearance.

Her family told police that she had run away after her young child was taken from her by the Ohio Department of Family Services.

Action News19 reported in May that Michelle Knight’s mother, Barbara returned to Cleveland after she moved to Naples, Florida, but that Michelle refused to allow her mother to see her.

“I just wish that my daughter would reach out and let me know that she’s there… She’s probably angry at the world because she thought she would never be found but thank God that somebody did,” said Michelle Knight’s mother.

It is still not clear if mother and daughter have reunited.

It has been claimed that Michelle Knight requires facial reconstruction surgery to repair the damage of repeated beatings.

Michelle Knight was the first of the three victims to be abducted. She was last seen at a cousin’s house near West 106th Street and Lorain Avenue in Cleveland in 2002.

But her disappearance did not receive much publicity as she was classed as a runaway and her name was taken off the missing person’s database just 15 months later.

In the aftermath of her rescue it also emerged that Michelle Knight was gang-raped and impregnated in junior high – a year before she suffered more than ten years of abuse under a kidnapper.

Michelle Knight’s mother also said at the time of her rescue that she was looking forward to being reunited with her son, now 13, after she left hospital.

If you want to help Amanda Berry, Gina Dejesus and Michelle Knight to recover, you can donate to help the victims at the Cleveland Courage Fund.