Radical cleric Abu Qatada has been deported last night from the UK to Jordan to stand trial on terrorism charges.

Abu Qatada’s plane left RAF Northolt at 02:45 BST to take him to his home country, which he has not visited in 20 years.

UK’s Home Secretary Theresa May said it “marks the conclusion of efforts to remove him… and I believe this will be welcomed by the British public.”

She added: “This dangerous man has now been removed from our shores to face the courts in his own country.”

Abu Qatada was first arrested over alleged terror connections in 2001 and the battle to deport him to Jordan has cost the UK more than £1.7 million ($2.5 million).

His deportation was finally able to proceed after the UK and Jordan signed a treaty agreeing that evidence obtained through torture would not be used against him. 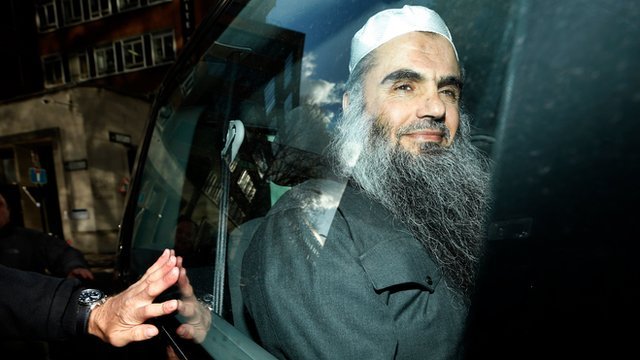 Theresa May added: “I am glad that this government’s determination to see him on a plane has been vindicated and that we have at last achieved what previous governments, Parliament and the British public have long called for.

“I am also clear that we need to make sense of our human rights laws and remove the many layers of appeals available to foreign nationals we want to deport.”

Abu Qatada was being accompanied on the flight by six people from Jordan, comprising three security officials, a psychologist, a medical examiner and his Jordanian lawyer.

A convoy of three police vehicles left Belmarsh prison in south-east London, where the 53-year-old cleric had been held, at midnight, travelling over Tower Bridge and through the City on its way to the airfield in the west of the capital.

It appears Abu Qatada would be taken straight to court in Amman on his arrival in Jordan.

The charges he faces will be outlined and he will then be taken to prison to await the start of the trial.

The Palestinian-Jordanian, whose real name is Omar Othman, lost his appeal against deportation at the Special Immigration Appeals Commission (SIAC) in February 2007.

But he then appealed to higher courts on the grounds that evidence extracted through torture would be used against him in Jordan, where he faces a retrial for plotting bomb attacks.

That legal battle continued until May this year, when the cleric accepted that his right to a fair trial there was protected by the new treaty between Jordan and the UK.

Abu Qatada agreed to drop his legal challenge, paving the way for his deportation.]