Duck Dynasty’s patriarch Phil Robertson and his wife, Miss Kay, raised four rambunctious boys, who have all, at some point or another, worked with him – along with their wives – on the family’s duck call business.

So what’s Phil Robertson’s advice for creating such a close, happy family? He said his kids were raised with a balance of discipline and independence.

“We had a code. I told them that I’d give them three licks if they disrespected their mother, if they were fist fighting with each other, and if they ever tore up perfectly good equipment for no good reason,” Phil Robertson told FOX 411 back in May about his parenting style.

But that by no means meant he didn’t show his kids affection.

“I made sure we loved them and we taught them to love their neighbor.” 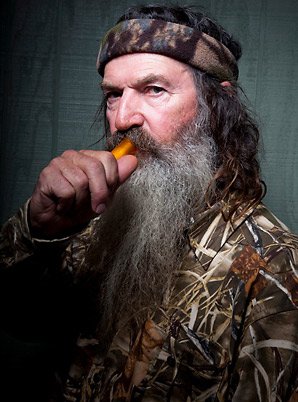 He added that he also made sure his kids knew how to take care of themselves.

“We had very few rules and regulations. I would say, <<If you want to stay up all night, that’s your prerogative>>,” he said.

“[For] getting up in the morning and catching the school bus, we didn’t go in there and say, <<time to get up>>. We taught them to be responsible.”

Phil Robertson said the boys were also taught a lot about respect.

“When it came to teachers I told them, <<You’re going to have great teachers, fair teachers and some are going to be poor but always remember they are your teacher. Shut up and sit down and obey them and get out with a fair grade and onto the next one>>. I backed the teachers no matter what,” he said.

The family’s close relationships can now be seen by millions, as they work together in front of the cameras.

Phil Robertson said he thinks the show is so popular because viewers enjoy watching a functional family working hard together.