Andy Murray, 26, converted his fourth championship point in a dramatic final game to win 6-4 7-5 6-4 and claim his second major title. 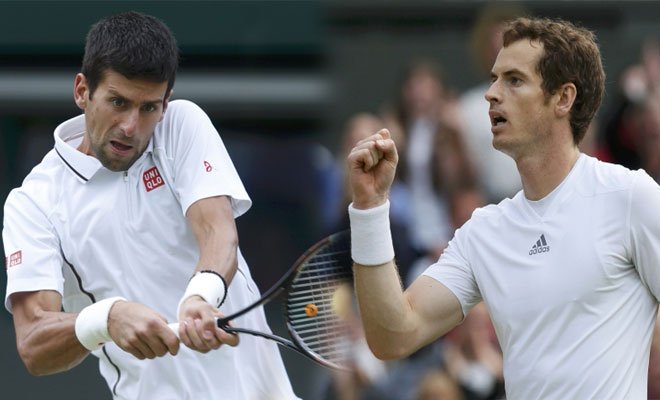 In an atmosphere reminiscent of his Olympic final win last summer, Andy Murray was willed on by the majority of the 15,000 spectators on Centre Court, thousands watching on the nearby big screen and millions more around the country.

And after a gruelling three hours and 10 minutes in temperatures exceeding 40C (104F), Andy Murray finally followed in the footsteps of Fred Perry’s 1936 win at the All England Club.

Fred Perry used to leap over the net in celebration, but Britain’s new champion roared in delight before sinking to his knees on the turf.

The final game had been a battle in itself, with Andy Murray seeing three match points slip by from 40-0 and fending off three Novak Djokovic break points with some fearless hitting, before the Serb netted a backhand to end the contest.

Andy Murray then headed into the stands to celebrate with his family and support team, before parading the trophy around Centre Court.