There is no word so far on casualties. The aircraft operated by the South Korean airline Asiana had taken off from Taipei and was on the runway, with plumes of smoke rising from it. 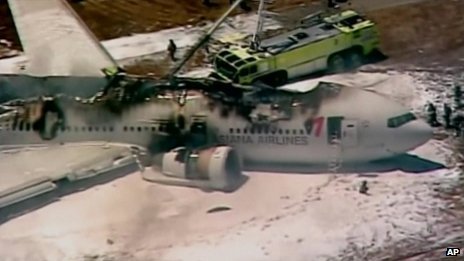 Pictures posted on Twitter showed passengers jumping down the inflatable emergency slides and leaving the area.

Firefighters and rescue teams are at the scene. The cause of the emergency is not known.

It is not known how many people were on board – the Boeing 777 can carry as many as 300 passengers.