Officials from North Korea and South Korea are holding talks on reopening the Kaesong Industrial Complex.

The two sides sat down together on Saturday at the truce village of Panmunjom in the demilitarized zone.

Work at the Kaesong industrial park was halted in April amid high regional tensions.

Kaesong, a major source of income for North Korea, was seen as a symbol of inter-Korean ties, and correspondents say its closure showed how serious this year’s political tensions were.

The meeting is being held on the North Korea side of Panmunjom, South Korean officials said. 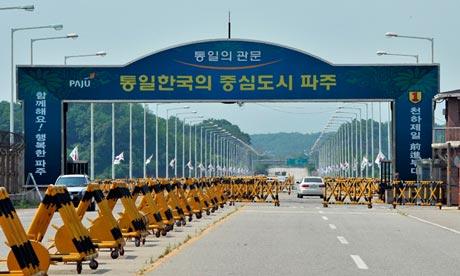 Seoul suggested the working-level talks on Thursday, a day after Pyongyang said South Korean businessmen could visit the closed complex to inspect and maintain equipment.

Prior to operations being suspended, there were around 120 South Korean businesses in the factory park. The companies have been unable to retrieve goods and materials for three months.

The talks are very limited but could pave the wave for discussion of bigger issues such as North Korea’s nuclear programme.