It seems that fugitive whistleblower Edward Snowden could be living in luxury at a hotel at a Moscow airport.

The Novotel Moscow Sheremetyevo picks travelers up from the airport, transports them in a bus and houses them on a sealed floor, ensuring that they never step on Russian soil.

It has a fitness centre, games room, library, Turkish/steam bath, and indoor pool.

The hotel is just 35 minutes from central Moscow and with 493 rooms, it is one of the largest in the area. 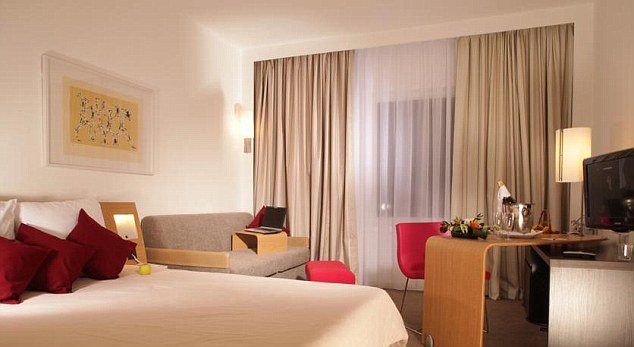 Guests can treat them self to a massage and have LCD televisions in each room.

Edward Snowden requested asylum in Russia after he leaked papers revealing many of America’s secrets.

“Russia never hands over anybody anywhere and has no intention to do so,” said the Kremlin leader, defying a specific U.S. request.

“If he [Edward Snowden] wants to remain here there is one condition – he should stop his work aimed at inflicting damage on our American partners no matter how strange this may sound coming from me.”

Vladimir Putin showed he does not want to provoke a new Cold War in relations with the U.S. by firmly insisting Edward Snowden should stop his disclosures on covert operations which have caused embarrassment to America and infuriated the country’s allies in the EU.