The Italian Football Federation has announced they will play Argentina in a friendly match to honor the soccer-loving Argentinean Pope Francis.

The match will be held August 14 in Rome’s Stadio Olimpico.

Pope Francis will watch the match not far away from the Vatican with audiences from both sides, according to the Associated Press.

It’s a long-awaited announcement for Italian manager Cesare Prandelli.  The 55-year-old stated outwardly back in March that he would be ecstatic over a matchup of these two countries for the pope. 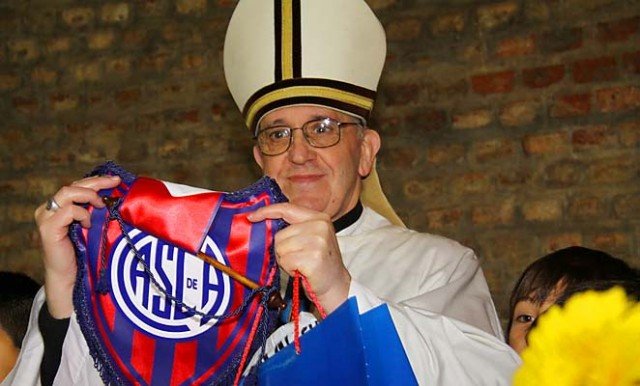 “We’ve played friendlies with all the best national teams, only Argentina is missing,” Cesare Prandelli said back on March 27 following a World Cup qualifier with Malta.

“If we could arrange it, it would be nice to have an audience with the pope, who comes from Buenos Aires and loves football, and then go all together with both squads on one bus to the stadium. I couldn’t dream of anything better.”

The matchup has plenty of meaning for the religious Cesare Prandelli.  He brought his whole coaching staff out on a trio of half-hour long nighttime trips to a Polish monastery during the European championships last year.

It’s been a while since these two sides met.  Their last meeting was in 2001, also a friendly where Argentina came out on top 2-1.  Prior to that, Argentina knocked out Italy in the semifinals of the 1990 World Cup on penalties, led by Diego Maradona.