A lifetime of mental challenges leads to slower cognitive decline after factoring out dementia’s impact on the brain, US researchers say.

The study, published in Neurology, adds weight to the idea that dementia onset can be delayed by lifestyle factors.

An Alzheimer’s charity said the best way to lower dementia risk was to eat a balanced diet, exercise and stay slim.

In a US study, 294 people over the age of 55 were given tests that measured memory and thinking, every year for about six years until their deaths. 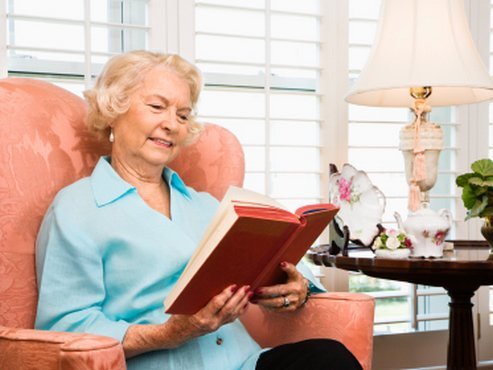 They also answered a questionnaire about whether they read books, wrote letters and took part in other activities linked to mental stimulation during childhood, adolescence, middle age, and in later life.

After death, their brains were examined for evidence of the physical signs of dementia, such as brain lesions and plaques.

The study found that after factoring out the impact of those signs, those who had a record of keeping the brain busy had a rate of cognitive decline estimated at 15% slower than those who did not.

Dr. Robert Wilson, of Rush University Medical Center in Chicago, who led the study, said the research suggested exercising the brain across a lifetime was important for brain health in old age.

He said: “The brain that we have in old age depends in part on what we habitually ask it to do in life.

“What you do during your lifetime has a great impact on the likelihood these age-related diseases are going to be expressed.”