Edward Snowden accuses President Barack Obama of deception and taking away his basic rights as an American in a letter released by WikiLeaks.

The letter says Barack Obama – despite his public denials that he’d been “wheeling and dealing” with international parties over Edward Snowden – has dispatched Vice President Joe Biden to pressurize governments where the 30-year-old has sought asylum.

It comes as Ecuador’s president Rafael Correa appeared to wash his hands of Edward Snowden saying his country is not considering his asylum request and that the former CIA analyst is Russia’s problem now.

Admitting Ecuador made a “mistake” in helping Edward Snowden flee Hong Kong in the first place, Rafael Correa appeared to backtrack on previous suggestions he was welcome, adding: “Are we responsible for getting him to Ecuador? It’s not logical. The country that has to give him a safe conduct document is Russia.”

Asked if he would like to meet Edward Snowden, Rafael Correa added: “Not particularly. He’s a very complicated person. Strictly speaking, Mr. Snowden spied for some time.”

His comments are in direct contrast to the open letter of thanks Edward Snowden issued hours earlier, before Rafael Correa’s views had been published.

“I remain free and able to publish information that serves the public interest,” Edward Snowden said in an undated Spanish-language letter sent to President Rafael Correa.

“No matter how many more days my life contains, I remain dedicated to the fight for justice in this unequal world. If any of those days ahead realize a contribution to the common good, the world will have the principles of Ecuador to thank.”

Hours after Rafael Correa’s comments, Finland became the first of today’s new list of potential safe havens to reject his plea for asylum saying such a request has to be made from inside the country.

WikiLeaks legal adviser Sarah Harrison is said to have led the petitions for asylum also made to India, Italy, Norway, Venezuela and Switzerland. 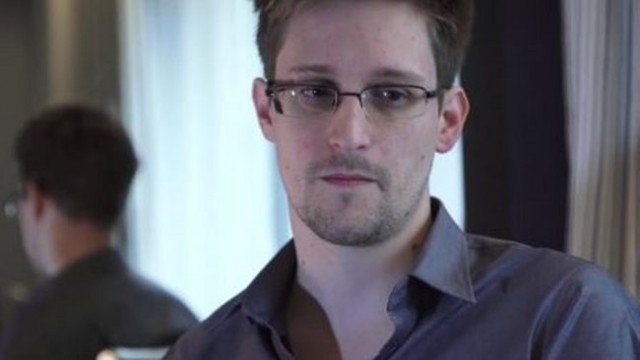 She also claims to have handled his current application in Russia and his previous request for assistance to China while he was hiding out in Hong Kong.

The long list suggests options are thin on the ground for the former NSA contractor and it appears – from his letter – that he is frustrated by the global community’s refusal to shelter him.

In it Edward Snowden complains that the US is illegally pursuing him for an act that was in the public interest.

“While the public has cried out support of my shining a light on this secret system of injustice, the Government of the United States of America responded with an extrajudicial man-hunt costing me my family, my freedom to travel, and my right to live peacefully without fear of illegal aggression,” it states.

Many critics seized on the letter’s syntax last night to claim it was a fake, written by someone in Britain.

Specifically, those doubting the letter’s authenticity pointed to this phrase: “For decades the United States of America have been one of the strongest defenders of the human right to seek asylum.”

An American English speaker would use the singular form, has, in relation to the United States.

After the internet erupted in a flurry of doubt, the word “have” was changed to “has” on the official statement on the WikiLeaks site.

“One week ago I left Hong Kong after it became clear that my freedom and safety were under threat for revealing the truth. My continued liberty has been owed to the efforts of friends new and old, family, and others who I have never met and probably never will. I trusted them with my life and they returned that trust with a faith in me for which I will always be thankful.

On Thursday, President Obama declared before the world that he would not permit any diplomatic “wheeling and dealing” over my case. Yet now it is being reported that after promising not to do so, the President ordered his Vice President to pressure the leaders of nations from which I have requested protection to deny my asylum petitions.

This kind of deception from a world leader is not justice, and neither is the extralegal penalty of exile. These are the old, bad tools of political aggression. Their purpose is to frighten, not me, but those who would come after me.

For decades the United States of America have been one of the strongest defenders of the human right to seek asylum. Sadly, this right, laid out and voted for by the U.S. in Article 14 of the Universal Declaration of Human Rights, is now being rejected by the current government of my country. The Obama administration has now adopted the strategy of using citizenship as a weapon. Although I am convicted of nothing, it has unilaterally revoked my passport, leaving me a stateless person. Without any judicial order, the administration now seeks to stop me exercising a basic right. A right that belongs to everybody. The right to seek asylum.

I am unbowed in my convictions and impressed at the efforts taken by so many.