Chris Kelly of the 1990s teen rap duo Kriss Kross died on May 1 at age 34 due to a drug overdose, the toxicology report has confirmed.

It was suspected that Chris Kelly died in Atlanta of an overdose caused by using a combination of cocaine and heroin.

An investigator from the Fulton County Medical Examiner’s Office said a toxicology screening found that Chris Kelly died from a fatal mixture of drugs.

However, the investigator didn’t specify which drugs were present in his system, according to a report on Monday by TMZ.

Chris Kelly, known as Mac Daddy, performed alongside Chris Smith, known as Daddy Mac, and the duo was best known for their hit song Jump.

The popular song on their 1992 debut album Krossed Out helped propel the teenagers to stardom. 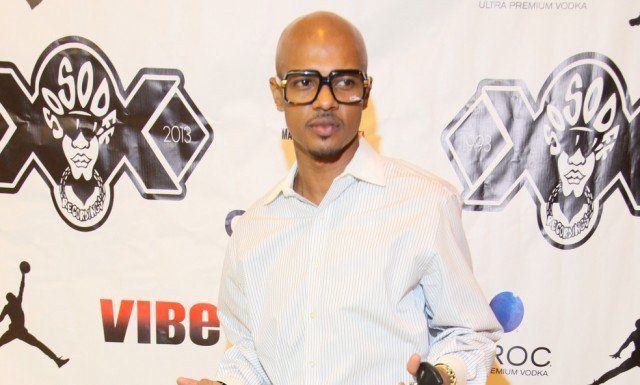 Chris Kelly died on May 1 at age 34 due to a drug overdose, the toxicology report has confirmed

Kris Kross was noted for their hip-hop style and, in particular, wore their clothes back to front.

The teen rap duo were discovered at age 13 at an Atlanta mall in 1990 by then 18-year-old rising music producer Jermaine Dupri.

In 1992, Kris Kross landed a spot on Michael Jackson’s Dangerous world tour, as well as a cameo appearance in his popular Jam music video.

Chris Kelly was seen in a home video shot in his home partying the morning that he died.

The shaky footage shows people who appear drugged out and seem to have been in Chris Kelly’s home all night.

Kriss Kross had reunited once more to star at a 20th anniversary all-star concert honoring So So Def Recordings in Atlanta in February.