Home Breaking News Edward Snowden leaks: France, Greece and Italy have been targets of US...

According to the latest files leaked to The Guardian newspaper France, Greece and Italy have been the “targets” of US spying operations.

The claim follows a report by Germany’s Der Spiegel magazine saying EU offices had been bugged. EU leaders have demanded an explanation from the US.

Fugitive whistleblower Edward Snowden is said to have leaked the documents.

Edward Snowden – a former contractor for the CIA and the NSA – has since requested asylum from Ecuador. He is currently in Russia, marooned at Moscow’s airport after US authorities cancelled his passport.

In response to the allegations in Der Spiegel, senior EU officials, France and Germany have warned warning that relations with America could suffer.

The NSA said the US government would respond through diplomatic channels and discussions with the countries involved.

According to a 2010 secret document leaked to the Guardian, all in all 38 embassies and missions were described by the NSA as “targets”. 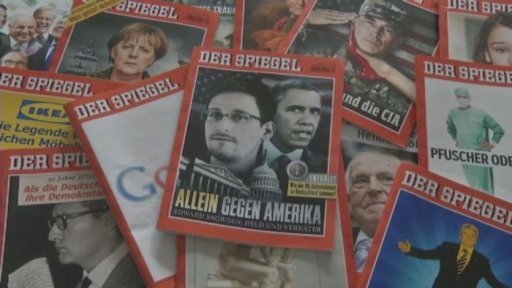 The paper says the file provides details of “an extraordinary range” of spying methods, including bugs implanted in electronic communications gear, taps into cable and the usage of specialized antennae.

The report mentions codenames of alleged operations against the French and Greek missions to the UN, as well as the Italian embassy in Washington.

The paper adds that the list of targets also includes “a number of other American allies, including Japan, Mexico, South Korea, India and Turkey”.

The Guardian also cites another leaked report from 2007, which said a bug was placed in an encrypted fax machine at the EU mission in Washington.

According to the document cited by Der Spiegel – which it says also comes from the NSA – the agency spied on EU internal computer networks in Washington and at the 27-member bloc’s UN office in New York.

On Sunday, French Foreign Minister Laurent Fabius said that if confirmed, the activities would be “totally unacceptable”.

German Justice Minister Sabine Leutheusser-Schnarrenberger said the alleged US behavior “recalls the methods used by enemies during the Cold War”.

The president of the European Parliament, Martin Schulz, warned that any such spying could have a “severe impact” on ties between the EU and the US.

The European Commission, which plays a key role in trade talks, has officially asked Washington to investigate the allegations.