Wade Robson, a former child dancer who is accusing Michael Jackson of years of abuse, says he will ask the FBI to release the files on The King of Pop.

Choreographer Wade Robson, now 30, is suing Michael Jackson’s estate claiming the star molested him time and time again when he was a child.

This is despite the fact he denied being abused by Michael Jackson at the 2005 trial when the star was cleared of abusing another child.

US crime-busters seized the material – including tapes, phone transcripts and names of 17 alleged victims – from investigator Anthony Pellican, who worked for Michael Jackson.

His documents were not passed to prosecutors in Michael Jackson’s 2005 trial.

Last night a friend of Wade Robson said: “He was shocked by the news of this report emerging yesterday.

“Wade has already asked his lawyers to contact the FBI to see if they could access the information.

“He feels his case could be bolstered if he could get another child or even more to come out and support what he went through at the hands of Jackson.

“It has been over 20 years, but right now his prime concern is to build a case to show the world he is in the right.”

The source continued: “Wade has been rocked by the reaction to his claims. 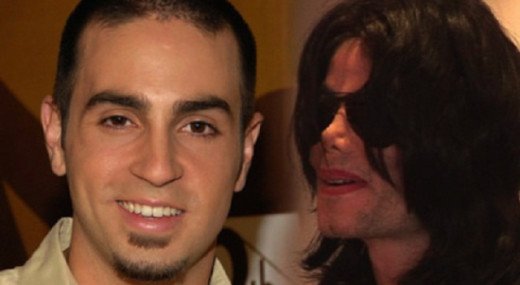 “He knows if he stands shoulder to shoulder with another accuser he might be viewed sympathetically.”

The FBI files challenge Michael Jackson’s insistence he never laid a finger on any of the kids invited to his Neverland Ranch in California for unsupervised sleep-overs.

They describe how Michael Jackson was caught groping a child star, molesting others.

A source said: “Spending a year’s royalties to keep him on his throne was worth it. The world never heard what took place.”

Michael Jackson died in 2009 after a medical drug overdose.

The files were revealed as his family attended the Las Vegas premiere of Michael ONE, a lavish stage show.

They reveal how children would be invited to his estate and how Michael Jackson, who used the codename Blue Fox, would take them way and abuse them with their parents often just feet away.

The tapes are of interviews former employees Philip and Stella LeMarque gave to investigator Anthony Pellican.

Stella: Boy A came to see Michael. The parents were in the room smoking p** with a five-month-old baby. At the time he was crazy about Boy A and his little brother.

Philip: Michael likes them young. Boy A was getting too old. The first time Michael saw Boy A in the movie, …. …., he told Boy A he wanted to meet him.

Investigator: Wait a minute. She (an ex-member of Michael Jackson’s staff) makes deals with the parents?

Philip: She makes the deals with the parents to bring everybody… the parents with the kids to the ranch. If there are five, Michael takes the one he wants.

Investigator: You’re saying (the Michael Jackson staffer) brings a selection of kids for Michael to choose from? Like a p**p?

In another excerpt Philip LeMarque tells how he found Michael Jackson with his hands in the pants of another child after being woken up at 2 a.m. to make the star French fries.

And Stella LeMarque says she saw Michael Jackson kissing a boy in his cinema “like lovers” with his mother sitting just two or three rows in front.