Though Jodi Arias, now 32, murdered her ex-boyfriend Travis Alexander back in 2008, her May 8 conviction is still extremely fresh.

According to USA Today, the film is the product of vigilance on the part of writers who sourced material from videos, court documents, and forensic evidence. And when the trial became progressively more sudsy, so did the script. And though the trial itself wasn’t originally in the movie’s script, writers were reportedly made to hurriedly add it in the eleventh hour, simply because it was too good to be missed.

“Every time Jodi Arias would open her mouth on the stand,” screenwriter Richard Blaney said, “we would get calls asking if we could work it into the script.”

The movie’s drama – taken straight from the froth that was the Jodi Arias trial – may just be art imitating life. And the writers took great pains to write nuanced representations of the people they’re actors would soon portray.

“The obvious responsibility was to speak for Travis,” screenwriter Gregory Small said.

“But we’re not just casting aside what was going on with Jodi, either. She was a fascinating, smart, articulate woman. She seemingly had the people skills and the ability to have led a wonderful life, but some diagnosable deviance led to this.”

Jodi Arias: Dirty Little Secret is a ripped-from-cable-news saga of a woman found guilty of killing her former lover, motivational speaker Travis Alexander. On June 4, 2008, Jodi Arias sta**ed and sla**ed him nearly 30 times, and shot him in the head in what prosecutors said was jealous rage, and what Arias unpersuasively argued was self-defense, when, according to her, he attacked her.

Jodi Arias: Dirty Little Secret unearths no secrets, dirty or otherwise. Every sordid detail, it seems, has been trumpeted for years by the media, then recycled for months during Jodi Arias’ trial in Phoenix that got blanket coverage on TV and in particular on cable’s HLN, vaulting that network to record ratings. 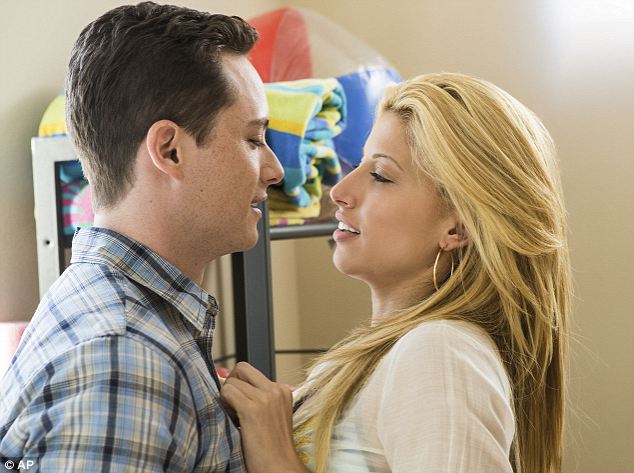 Portraying what led up to the crime, it’s tucked handily between the May verdict for the murder trial and the July retrial in the life-or-death-penalty phase.

Tania Raymonde (perhaps best remembered as Alex Rousseau on Lost) is swell as Jodi Arias, with a remarkable likeness to this young woman no man could resist, at least not Travis Alexander as he fought a losing battle with his Mormon principles to feast on this forbidden fruit.

Or, to use a metaphor straight from the film, forbidden coffee – which, as Travis Alexander explains to Jodi Arias early on, he shuns as a Mormon because of its addictive properties.

Jesse Lee Soffer (Jordana Spiro’s jammed-up brother on last season’s short-lived The Mob Doctor) makes a fine Travis Alexander – glib, blandly wholesome and all too relatable in his mission to have it both ways, relationship-wise: treating Jodi Arias as a red-hot plaything while he nurtures a “suitable” wife-worthy prospect.

Trouble arises, of course, as love-struck Jodi Arias bridles at the strictly recreational role she plays in Travis Alexander’s life. Even joining the Mormon church can’t earn her an upgrade from her booty-call status.

Travis Alexander argues that he never promised more. When Jodi Arias was gazing into his eyes, he tells her: “You saw lust. You saw weakness. But you didn’t see love. It was never there.”

So, for a time, Travis Alexander thrives as a satisfied two-timer, while Jodi Arias is increasingly desperate to please.

“I just want to be the girl that he wants,” she tells a chum.

Jodi Arias: Dirty Little Secret is a step up from the reality-TV treatment the case has gotten with its more excessive coverage. The film also serves as a refreshing alternative for telling the tale, dramatized for maximum titillation while, in its tidy, two-hour package, efficiently stripping away the wretched excess.

An oddly respectable bit of fluff, this film would never be mistaken for art, which typically explores something larger than itself. But there’s a lesson to be learned here nonetheless for anyone who looks beyond the tawdriness: If a lover seems too good to be true, he or she probably is.

The Lifetime movie drew fairly killer ratings for the network on Sunday, June 23, pulling in 201 million total viewers – a 55% jump over Lifetime’s average for original movies so far this year, though down from last year’s much hyped Liz & Dick biopic, which starred Lindsay Lohan as screen legend Elizabeth Taylor and drew 3.5 million total viewers with its premiere.