Serena Williams has apologized after reportedly appearing to criticize the victim in high-profile Steubenville rape case.

Rolling Stone magazine quoted world tennis number one Serena Williams as saying the teenager in the Steubenville, Ohio, case “shouldn’t have put herself in that position”.

Serena Williams has now released a statement on her website saying she was “deeply sorry for what was written”.

In March, two high school footballers were convicted of the Ohio rape.

In an interview posted on Rolling Stone‘s website on Tuesday, Serena Williams was quoted as saying: “I’m not blaming the girl, but if you’re a 16-year-old and you’re drunk like that, your parents should teach you – don’t take drinks from other people.

“She’s 16, why was she that drunk where she doesn’t remember? It could have been much worse. She’s lucky.” 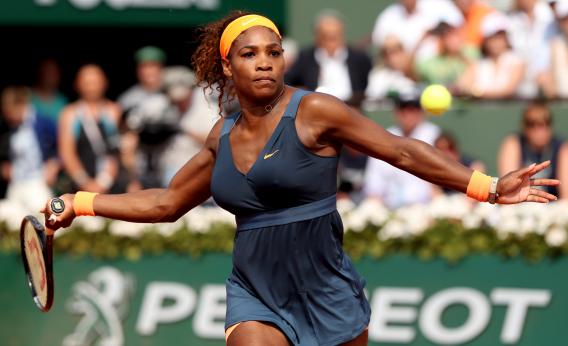 According to Rolling Stone, Serena Williams added that the girl “shouldn’t have put herself in that position, unless they slipped her something, then that’s different”.

While not denying she made the statements, Serena Williams appeared on Wednesday to cast doubt on their accuracy.

Serena Williams said in a statement on her website: “What happened in Steubenville was a real shock for me. I was deeply saddened. For someone to be raped, and at only 16, is such a horrible tragedy! For both families involved – that of the rape victim and of the accused.

“I am currently reaching out to the girl’s family to let her know that I am deeply sorry for what was written in the Rolling Stone article. What was written – what I supposedly said – is insensitive and hurtful, and I by no means would say or insinuate that she was at all to blame.

“I have fought all of my career for women’s equality, women’s equal rights, respect in their fields – anything I could do to support women I have done. My prayers and support always goes out to the rape victim. In this case, most especially, to an innocent 16-year-old child.”

Serena Williams, a 16-time Grand Slam champion, is preparing to defend her title at Wimbledon next week.