Home World Europe News Kate Middleton and Prince William decide not to find out their baby’s...

Kate Middleton and Prince William have “decided not to find out” the gender of their baby, royal officials say.

The royal baby will be delivered in the private Lindo Wing of St Mary’s Hospital in Paddington, west London – where Princess Diana had her sons.

The baby is due in mid-July, and Prince William hopes he will be present if his RAF duties allow.

St James’s Palace officials have appealed for an “appropriate degree of sensitivity” regarding the birth.

It is understood Prince William will take two weeks’ paternity leave – as allowed by the Ministry of Defence – but royal officials said the length of the duchess’s maternity leave is a personal matter for her.

The birth was a “very personal matter for the duke and duchess,” officials said.

“But they also know it’s a time to celebrate and many will want to share in their joy.”

Asking for “sensitivity”, officials added that events at the King Edward VII Hospital – where a nurse was found hanged after a prank call to the hospital when the duchess was being treated for morning sickness – were “still strong in the memory”. 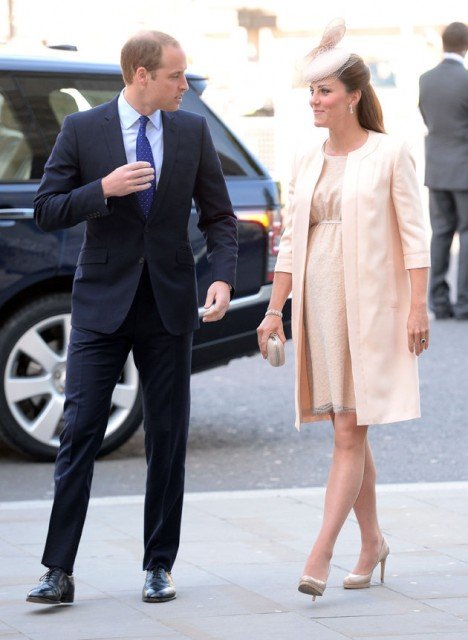 The unborn child is in line to become the 43rd monarch since the Norman Conquest.

Once Kate Middleton goes into labor, there will be no further public statement until the baby is born and the Queen, the Middleton family and other senior Royals have been told.

The baby will be delivered by Marcus Setchell, the Queen’s gynaecologist.

When the baby is born, an official announcement will be signed by medical staff and driven to Buckingham Palace – almost certainly under police escort.

The notice will then be placed at the palace central gates. This will form the official announcement, as was the case when Prince William’s birth was announced 31 years ago this Friday.

Reports suggest there will also be a gun salute to mark the birth.

But the name of the child – who will be third in line to the throne – remains a subject for speculation. It is not yet known how long after the birth an announcement will be made.

When Prince Harry was born, the public were told his name the day his mother left hospital. But it took almost a week for his older brother’s name to be announced.

A palace spokesman asked the media to “ensure that the normal functions of the hospital are not impeded” by the presence of journalists.

Kate Middleton attended the Trooping the Colour ceremony on Saturday – the last time she is expected to be seen in public before the baby is due.