The suit, the first such claim from the US, was filed by the former double for Hollywood star Angelina Jolie.

In the suit, the Liverpool resident alleges messages from family, friends and Angelina Jolie were intercepted and in some cases deleted.

News Corp did not immediately respond to requests for comment.

In a civil complaint filed on June 13, Eunice Huthart seeks damages for violations of federal and California laws and “intrusion into private affairs”. 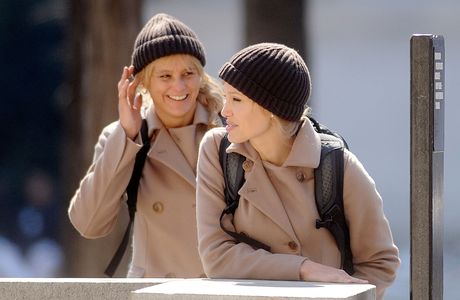 In the court filing, she describes herself as a close friend of Angelina Jolie, and says the pair “often travelled and socialized together”.

Eunice Huthart said that in 2004-05, some friends and relatives complained she had not returned their phone calls, and she in turn complained to her mobile phone provider that voice messages were being lost in their system.

She added that her daughter left messages complaining about bullying in school in Liverpool, which she also never received – rendering her unable to console her daughter.

Eunice Huthart said her husband had also criticized her for not responding to his messages.

She says her name, telephone number and other private information appeared in the notes of Glenn Mulcaire, the private investigator who worked for the News of the World and was jailed in January 2007 for unlawfully intercepting voicemail messages received by royal aides.

Eunice Huthart “believes that they were hacking her cellular telephone as a means to obtain information about Ms Jolie”, says the court filing.

According to the suit, The Sun newspaper published several news stories based on information illicitly obtained from Eunice Huthart’s mobile phone messages.