Kim Kardashian and Kanye West’s new baby daughter is said to pay a strong resemblance to her striking brunette mother and looks less like her rapper father.

A source close to the couple has revealed that the little girl is truly a Kardashian Mini-Me.

“She has dark hair,” the source revealed to E News. 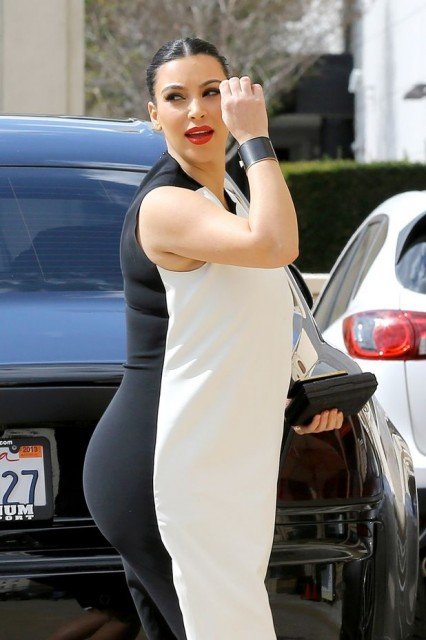 The news of the baby bearing a striking resemblance to Kim will no doubt delight the Kardashian clan and their army of fans around the world.

Kim Kardashian and Kanye West’s baby weighed in at just “under five pounds” at Cedars Sinai Hospital in Los Angeles this morning and was almost one month premature.

It’s understood that the little girl is perfectly healthy but that no name has been released yet although the same source confirmed to E that it will start with a K.

The baby was delivered at the same hospital where her sister Kourtney Kardashian and her partner Scott Disick had their two children Penelope and Mason.

Proud father Kanye West, who skipped out on a listening party for his latest album in Los Angeles on Friday, was at Kim Kardashian’s side during the birth when the baby was delivered naturally and without any complications.

An insider told UsMagazine.com that Kanye West wouldn’t have missed the arrival of their first child for anything, saying: “Of course, Kanye was there with Kim when she went to the hospital and had the baby.

“She started to feel sick late last night [Friday] and was having contractions.”