Home Entertainment Kim Kardashian has a natural birth and baby girl is placed in...

Kim Kardashian gave birth to a baby girl on Saturday – four weeks ahead of her due date.

Kim Kardashian, 32, had been admitted to hospital in Beverly Hills on Friday.

The reality star had taken out a birthing suite at Cedars-Sinai Medical Center – a hospital of choice among many celebrities including Britney Spears, Victoria Beckham and Jessica Simpson.

Her boyfriend, rapper Kanye West, and mother Kris Jenner were reportedly at her side. 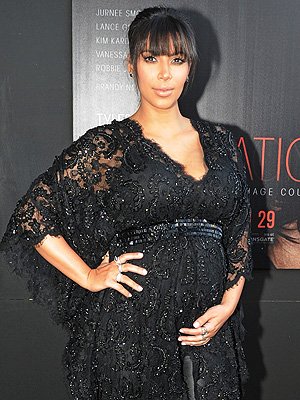 TMZ cited sources that the reality star had a natural birth after having contractions late Friday evening.

Kim Kardashian had planned to have a C-section but after suffering an infection had decided to take the precaution of going to the hospital a few weeks early, according to X17Online.

Her due date was reportedly July 11 – the same day as Kate Middleton.

Both mother and baby are in good health and resting, but given the early birthday, the littlest Kardashian has been placed in an incubator.

No further details have been released and Kim Kardashian and Kanye West have not given any hint at what they will name their daughter.

Kim Kardashian and Kanye West announced the pregnancy in December.