The White House has announced today that President Barack Obama has approved for the first time a direct military aid to the Syrian opposition.

President Barack Obama made the decision after his administration concluded Syrian forces under President Bashar al-Assad were using chemical weapons, a spokesman said.

Ben Rhodes did not give details about the military aid other than to say it would be “different in scope and scale to what we have provided before”.

Russia said the US claims on Syria’s chemical weapons use were unconvincing.

Yury Ushakov, a senior aide to President Vladimir Putin, told reporters that Washington had provided Moscow with its evidence, but “what was presented…. does not look convincing to us”.

The US announcement is one that the Syrian opposition has been pushing and praying for months.

It seems clear that President Barack Obama has finally been persuaded, as Britain and France have argued, that the battlefield cannot be allowed to tilt strongly in the regime’s favor, as is currently happening.

Washington’s “clear” statement was welcomed by NATO Secretary General Anders Fogh Rasmussen, who urged Syria to let the UN “investigate all reports of chemical weapons use”.

British Foreign Secretary William Hague said the UK agreed with Washington’s assessment and said an urgent response to the Syria crisis would be discussed at the G8 this week.

But a spokesperson for UN Secretary General Ban Ki-moon told said that he remained against “any further militarization” of the conflict in Syria, saying the people there need peace not more weapons.

Ben Rhodes, a deputy national security adviser to Barack Obama, said the US intelligence community believed the “Assad regime has used chemical weapons, including the nerve agent sarin, on a small scale against the opposition multiple times over the last year”.

He said intelligence officials had a “high confidence” in their assessment, and also estimated that 100 to 150 people had died from chemical weapons attacks, “however, casualty data is likely incomplete”.

“We have consistently said the use of chemical weapons violates international norms and crosses red lines that have existed in the international community for decades,” Ben Rhodes said. 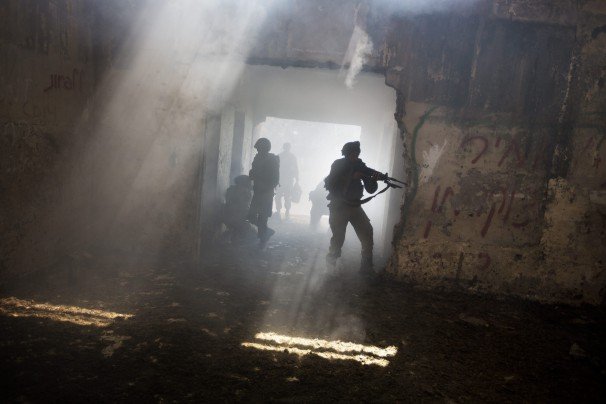 Ben Rhodes said President Barack Obama had made the decision to increase assistance, including “military support”, to the Supreme Military Council (SMC) and Syrian Opposition Coalition.

He did not give details of the aid, but administration officials have been quoted by US media as saying it will most likely include sending small arms and ammunition.

The New York Times quoted US officials as saying that Washington could provide anti-tank weapons.

Syria’s rebels have been calling for both anti-tank and anti-aircraft weaponry.

The Wall Street Journal reported that Washington is also considering a no-fly zone inside Syria, possibly near the border with Jordan, that would protect refugees and rebels who are training there.

When asked whether Barack Obama would back a no-fly zone over Syria, Ben Rhodes said one would not make a “huge difference” on the ground – and would be costly.

He said further actions would be taken “on our own timeline.”

The CIA is expected to co-ordinate delivery of the military equipment and train the rebel soldiers in how to use it.

Until now, the US has limited its help to rebel forces by providing rations and medical supplies.

Ben Rhodes said the White House hoped the increased support would bolster the effectiveness and legitimacy of both the political and military arms of Syria’s rebels, and said the US was “comfortable” working with SMC chief Gen Salim Idris.

“It’s been important to work through them while aiming to isolate some of the more extremist elements of the opposition, such as al-Nusra,” he said.

The US decision marks a significant escalation of the proxy war that has been gathering pace in Syria, our Beirut correspondent says.

The support of the West’s regional allies, Qatar and Saudi Arabia, had helped the rebels in the days after the uprising became militarized.

But the tide turned after the Assad government turned to Moscow and Tehran for help. Hezbollah fighters have also been involved in the government’s counter-offensive.

Now the West is lining up to try and help the rebels, but that is likely to take many months with more bloodshed and destruction.

The White House announcement immediately shook up the ongoing debate in Washington DC over how the US might provide assistance to the rebels.

Republican Senators John McCain and Lindsey Graham, who have been particularly strident in their calls for military aid, said the finding must change US policy in Syria. They called for further action, saying US credibility was on the line.

“A decision to provide lethal assistance, especially ammunition and heavy weapons, to opposition forces in Syria is long overdue, and we hope the president will take this urgently needed step,” they said in a joint statement.

“But providing arms alone is not sufficient. The president must rally an international coalition to take military actions to degrade Assad’s ability to use airpower and ballistic missiles and to move and resupply his forces around the battlefield by air.”

The White House announcement came on the same day the UN said the number of those killed in the Syrian conflict had risen to more than 93,000 people.

A UN report released on Thursday found at least 5,000 people have been dying in Syria every month since last July, with 30,000 killed since November.

More than 80% of those killed were men, but the UN’s Office of the High Commissioner for Human Rights (OHCHR) says it has also documented the deaths of more than 1,700 children under the age of 10.