The British government has warned airlines not to allow Edward Snowden, an ex-CIA employee who leaked secret US surveillance details, to fly to the UK, according to reports.

The travel alert – reported to feature a Home Office letterhead – said Edward Snowden “is highly likely to be refused entry to the UK”.

According to AP, the alert was issued on Monday by the Home Office’s risk and liaison overseas network.

The document had a photograph of Edward Snowden and gave his date of birth and passport number, the news agency reported.

It said: “If this individual attempts to travel to the UK: Carriers should deny boarding.” 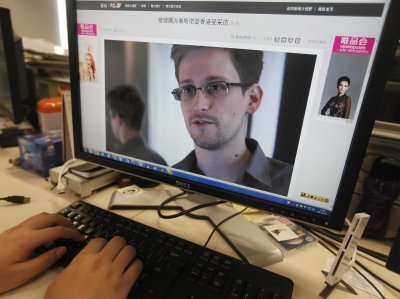 It went on to warn airlines they may “be liable to costs relating to the individual’s detention and removal” should they allow him to travel.

Bangkok Airways, Singapore Airlines and Malaysia Airlines confirmed they had received the notice, which was not supposed to be seen by the public, AP reported.

The Home Office does have the power to block people’s entry to the UK in certain circumstances, such as if it believes it is in the public interest to do so.

The powers had been used in the past, including to deny entry to extremist preachers and extremist European politicians.

Edward Snowden was last seen in Hong Kong, where he travelled ahead of the Guardian newspaper’s stories revealing the extent of the National Security Agency’s (NSA) programme to take data from US internet and telephone firms.

There is no suggestion that he has any intention of trying to travel to the UK.

Edward Snowden’s actions have divided opinion in the US, with some calling him a hero and others calling for him to be tried for treason.