Ex-CIA employee Edward Snowden has said he acted to “protect basic liberties for people around the world” in leaking details of US phone and internet surveillance.

Edward Snowden, 29, was revealed as the source of the leaks at his own request by the UK’s Guardian newspaper.

Edward Snowden, who says he has fled to Hong Kong, said he had an “obligation to help free people from oppression”.

It emerged last week that US agencies were gathering millions of phone records and monitoring internet data.

A spokesman for the US Office of the Director of National Intelligence said the case had been referred to the Department of Justice as a criminal matter.

The revelations have caused transatlantic political fallout, amid allegations that the UK’s electronic surveillance agency, GCHQ, used the US system to snoop on British citizens.

Foreign Secretary William Hague cancelled a trip to Washington to address the UK parliament on Monday and deny the claims.

The Guardian quotes Edward Snowden as saying he flew to stay in a hotel in Hong Kong on 20 May, though his exact whereabouts now are unclear.

He is described by the paper as an ex-CIA technical assistant, currently employed by Booz Allen Hamilton, a defense contractor for the US National Security Agency (NSA).

Edward Snowden told the Guardian: “The NSA has built an infrastructure that allows it to intercept almost everything. With this capability, the vast majority of human communications are automatically ingested without targeting.

“If I wanted to see your emails or your wife’s phone, all I have to do is use intercepts. I can get your emails, passwords, phone records, credit cards. 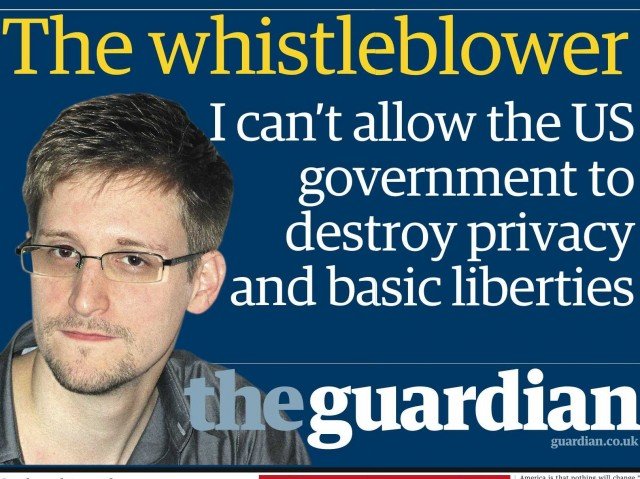 He told the paper that the extent of US surveillance was “horrifying”, adding: “We can plant bugs in machines. Once you go on the network, I can identify your machine. You will never be safe whatever protections you put in place.”

Edward Snowden said he did not believe he had committed a crime: “We have seen enough criminality on the part of government. It is hypocritical to make this allegation against me.”

He said he accepted he could end up in jail and fears for people who know him.

Edward Snowden said he had gone to Hong Kong because of its “strong tradition of free speech”.

Hong Kong signed an extradition treaty with the US shortly before the territory returned to Chinese sovereignty in 1997.

However, Beijing can block any extradition if it believes it affects national defense or foreign policy issues.

A standard visa on arrival in Hong Kong for a US citizen lasts for 90 days and Edward Snowden expressed an interest in seeking asylum in Iceland.

However, Hong Kong’s South China Morning Post quoted Iceland’s ambassador to China as saying that “according to Icelandic law a person can only submit such an application once he/she is in Iceland”.

In a statement, Booz Allen Hamilton confirmed Edward Snowden had been an employee for less than three months.

“If accurate, this action represents a grave violation of the code of conduct and core values of our firm,” the statement said.

At a daily press briefing on Monday, White House press secretary Jay Carney said he could not comment on the Snowden case, citing an ongoing investigation into the matter.

The first of the leaks came out on Wednesday night, when the Guardian reported a US secret court ordered phone company Verizon to hand over to the NSA millions of records on telephone call “metadata”.

The metadata include the numbers of both phones on a call, its duration, time, date and location (for mobiles, determined by which mobile signal towers relayed the call or text).

On Thursday, the Washington Post and Guardian said the NSA tapped directly into the servers of nine internet firms including Facebook, Google, Microsoft and Yahoo to track online communication in a programme known as PRISM.

All the internet companies deny giving the US government access to their servers.

PRISM is said to give the NSA and FBI access to emails, web chats and other communications directly from the servers of major US internet companies.

The data is used to track foreign nationals suspected of terrorism or spying. The NSA is also collecting the telephone records of American customers, but said it is not recording the content of their calls.

PRISM was authorized under changes to US surveillance laws passed under President George W. Bush, and renewed last year under Barack Obama.

President BarackObama has defended the surveillance programmes, assuring Americans that nobody was listening to their calls.