The FBI teamed up with the US Postal Service to track down ricin mailing suspect Shannon Guess Richardson using a system that snaps pictures of “every mail piece that is processed”, according to a complaint.

Filed Friday in Texas, the complaint details how federal investigators narrowed down the origin of the letters by reviewing the pieces of mail scanned before and after the ricin containing letters sent to President Barack Obama, New York Mayor Michael Bloomberg and a gun control lobby sponsored by the mayor.

Postmarked in Shreveport, Louisiana, the letters were processed at a regional distribution facility in the city, according to the complaint. Though in Louisiana, the plant also processes mail for parts of Arkansas and Texas, where Shannon Richardson resides, the complaint explains.

By referencing two separate batches of mail processed by the postal service’s Automated Facer Canceller System (ACFS) on May 20, as well as the Mail Isolation Control and Tracking program, which takes the actual pictures of the mail, agents determined the mail came from the area around New Boston, Texas, the complaint states. 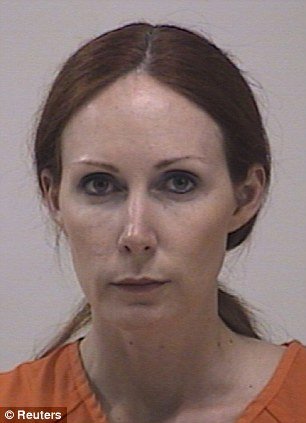 The first of the three letters, addressed to mayor Michael Bloomberg, was opened four days later at a mail center in Lower Manhattan. The second was opened two days later in Washington, D.C., by a staffer at The Raben Group, the Bloomberg-sponsored gun control lobbying firm. The third was intercepted on May 30 before reaching President Barack Obama, having been opened at the White House mail facility, the complaint detailed.

Shannon Richardson met in Shreveport with investigators later that day, accused her husband of sending the letters and turned over a book of stamps, which investigators determined on June 3 to be the same book of stamps the ricin letters postage came from, said the complaint posted on the Smoking Gun.

Further investigation led to warrant-less searches of the couple’s New Boston home, turning up castor beans – which contain the toxic ricin poison, saved letters matching those mailed and other physical evidence, according to the report.

The nail in Shannon Richardson’s accusatory coffin was that her husband, Nathaniel Richardson, was found to have been working a 10-hour shift starting 6:30 a.m., which was corroborated by coworkers, the day the letters were postmarked, the complaint states.

Shannon Richardson’s alibi in shambles, she confessed to trying to set her husband up, she mailed the letters – a photo finish to a lie and, perhaps, her marriage.