Scott Thorson, who was Liberace’s one time toy-boy companion, claims he had an even more famous lover, in the shape of late superstar Michael Jackson.

Scott Thorson – whose memoir inspired HBO’s Behind the Candelabra starring Michael Douglas and Matt Damon – now alleges he had a six to seven years relationship with Michael Jackson.

Liberace’s 54-year-old former partner claims Michael Jackson and the piano genius used to bond at his Palm Springs compound as they both recovered from plastic surgery.

“Liberace introduced me and Michael in the late 1970’s,” Scott Thorson told The Sun.

“It was right around the time Thriller was coming out and Michael and I became lovers.”

“Our relationship went on for six or seven years, Michael was very generous, too. He treated me well.”

Scott Thorson previously talked about his relationship with Michael Jackson after he gave an interview to The National Enquirer back in 2004 claiming their first s**ual encounter took place at the home of late female impersonator Danny La Rue. 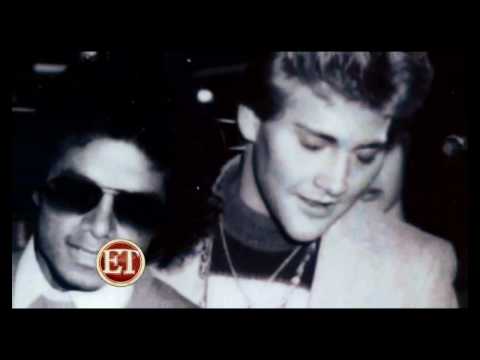 Scott Thorson, who was Liberace’s one time toy-boy companion, claims he was the lover of late superstar Michael Jackson

“I was standing only a few feet away from Michael when he motioned with his hand to come over to him and join him on the bed,” Scott Thorson revealed.

“I climbed onto the bed – our lovemaking session lasted about an hour.”

Behind The Candelabra tells the story of the bizarre love affair between Scott Thorson, then 17, when he met Liberace, who was 57 at the time.

Liberace lavished his much younger lover with gifts but it came at a price as he demanded that he get plastic surgery so that he could look more like him.

After their break-up, Scott Thorson launched an unsuccessful $113 million lawsuit against Liberace who died of suspected AIDS in 1986.

Ironically, Scott Thorson has only just seen HBO’s mini-film about their relationship after he was jailed in Reno while awaiting sentencing for burglary charges.

Scott Thorson – who is currently living at The Bunny Ranch Br***el after the owner bailed him out – liked the way that Matt Damon portrayed him.

But he’s angry that he did not make more money out of the project and that the two stars did not come and bail him out recently.

“Hollywood turned its back on me. Matt Damon or Michael Douglas would not bail me out, even though I offered to talk to them about the film,” Scott Thorson complained.