Home Entertainment Alec Baldwin: “Kim Basinger is one of the most beautiful women that...

Kim Basinger and Alec Baldwin were once Hollywood’s most glamorous couple who became bitter enemies, but now the actor has paid the ultimate compliment to his ex-wife by dubbing her “one of the most beautiful women that ever lived”.

Alec Baldwin, who is expecting a new baby with 28-year-old yoga instructor Hilaria Thomas, was gushing when he spoke about Kim Basinger, 59, to Access Hollywood.

“Ireland’s mother is obviously one of the most beautiful women that ever lived – and even divorce doesn’t muddy my view of that,” the actor said.

“Kim is one of the most beautiful women that ever lived and even Ireland sees that.”

And despite their differences in the past, Alec Baldwin believes his 17-year-old daughter has the perfect role model in her famous mother as she tries to make a name for herself in the modelling world. 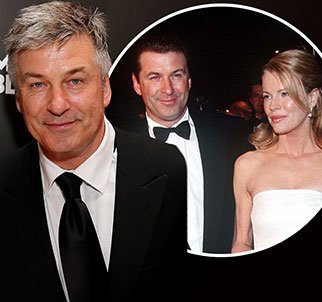 The 30 Rock star revealed he is not worried about any potential pitfalls that await stunning Ireland because he believes that she has what it takes to succeed.

He said: “The good news is my daughter is someone who somewhat understands .. it’s hard at that age to have that wisdom that beauty comes and goes.”

During the 1990s Alec Baldwin and Kim Basinger were one of the hottest couples at Hollywood before their marriage imploded and they divorced in 2002.

The pair went on to have a bitter custody battle over daughter Ireland which lasted many years, although now an apparent truce has emerged.

These days Alec Baldwin seems to be settling for a more settled domestic life as he prepares to welcome his first child with his second wife Hilaria.

“I never imagined I would be sitting at a table with my wife having a baby and I have a daughter that’s almost 18 years-old. It’s bizarre,” Alec Baldwin admitted.