Janez Jansa, the two-time prime minister of Slovenia, has been convicted of corruption and sentenced to two years in prison.

Janez Jansa was accused of soliciting bribes as part of a defense deal. He said the charges were politically motivated and that he would appeal.

The former prime minister was forced to quit the office in March amid protests over corruption and recession.

Slovenia, often seen as the most successful of the former Yugoslav states, faces severe economic problems.

There has been repeated speculation that it may become the latest eurozone member to have to ask for a bailout.

The District Court in Ljubljana ruled on Wednesday that Janez Jansa and two others had sought about 2 million euros in commission from a Finnish firm, Patria, in order to help it win a military supply contract in 2006.

Under the 278 million-euro deal, Patria was to supply Slovenia with 135 armored personnel carriers. The deal was scrapped after the corruption allegations surfaced. 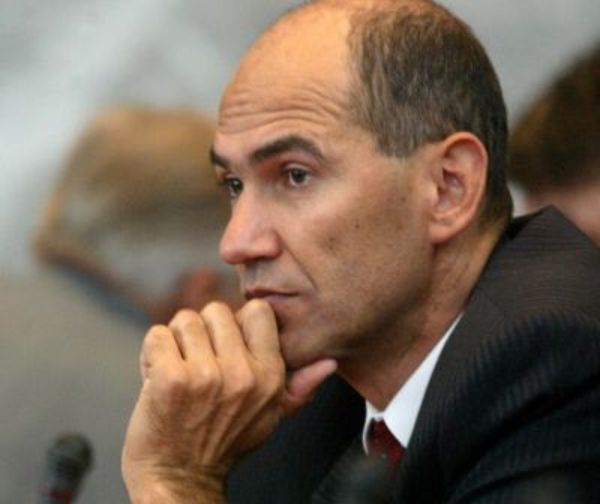 Janez Jansa, the two-time prime minister of Slovenia, has been convicted of corruption and sentenced to two years in prison

The two other defendants were each sentenced to 22 months in prison. All three were also fined 37,000 euros each.

Prosecutions in connection with the case are also taking place in Finland.

Before the verdict was announced on Wednesday, Janez Jansa called the charges a farce and said that if he was found guilty, he would appeal against what he called a “political process”.

Janez Jansa was a prominent figure in Slovenia’s secession from Yugoslavia in 1991.

He was prime minister from November 2004 to November 2008, and again from February 2012 until March 2013, when his centre-right government lost a confidence motion in parliament after smaller parties left the coalition led by his Slovenian Democratic Party.

As well as facing allegations about corruption and tax irregularities, Janez Jansa’s government had been struggling to impose an austerity agenda amid one of the deepest recessions in the eurozone.