Just 48 hours before being rushed from her family’s home to a nearby hospital In Los Angeles after a possible suicide attempt, Paris Jackson posted a lengthy video of herself applying makeup.

Sources close to the Jacksons confirm that the 15-year-old was taken by stretcher from the home she shares with her grandmother and two brothers, after family members found her passed out in her room. The 911 call from inside the Jackson residence indicated that it may have been a drug overdose, while sources at the hospital say the young girl had multiple cuts on her wrists. The cuts didn’t appear to be fresh.

Even more disturbing is the suggestion that this wasn’t her first attempt at suicide.

“She’s given the family a scare before,’’ said a close family friend.

“All of Michael’s kids have had a rough time since their dad died, but Paris is the most sensitive of the three. She takes everything to heart, and the last year of family strife hasn’t given her much time to regroup or heal.’’

“That has her scared and rightfully so,’’ said the family friend.

“The CEO of AEG has already implied Katherine is a fraud trying to extort money. What will he say about the kids? They are constantly being judged or at least they feel they are.’’

Adding more fuel to Paris Jackson’s emotional angst is the looming four-year anniversary of her beloved father’s death on June 25. 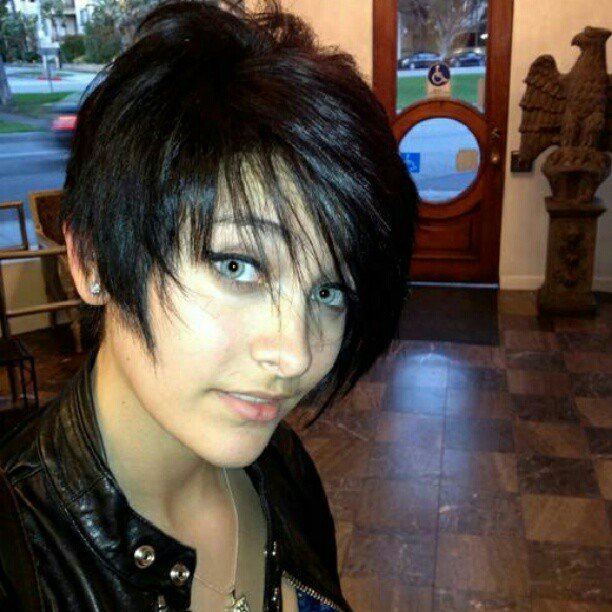 Paris Jackson has been hospitalized with multiple cuts on her wrists

“It’s been nonstop drama for them in a way since Michael died,’’ said the friend.

“They were jolted from one reality to a very different one when he died. They have all this freedom now that I’m not sure they knew how to handle.’’

While their father lived, Paris Jackson and her two brothers were kept far away from Hollywood and the media spotlight.

Michael Jackson often employed masks to hide their true identities and had them homeschooled in an effort to minimize their contact with the outside world. The megastar was often criticized for his child-rearing tactics, but many inside the immediate Jackson family say Michael had very valid reasons for his actions.

“Michael wanted his kids protected and away from the spotlight,’’ said one Jackson family member.

“He didn’t want them ridiculed and judged. He’d had enough of that for a lifetime and didn’t want his children to face that same fate. Unfortunately, a lot of people around those kids have forgotten Michael’s wishes for his children.’’

After Michael Jackson’s death, all three children were immediately transferred into a brand-new world of private schools, interviews with Oprah Winfrey, and social media. Paris Jackson quickly became the queen of Twitter and Facebook, frequently posting personal insights into her thoughts and family happenings. She’s also become quite the style icon after cutting her long hair into a funky bob and regularly sporting her signature smoky eye makeup whenever photographed.

Last year, Paris Jackson famously alerted the world through her tweets that her grandmother and primary guardian Katherine had been taken away from the home they share with her and not heard from for days. Those tweets led to a widespread investigation of Katherine Jackson’s disappearance but also caused a major riff between her aunts and uncles.

Several of Paris Jackson’s aunts and uncles say they removed their elderly mother from her home last summer because they feared Katherine Jackson’s health was being compromised by the stress of Michael’s death and legal woes. The problem was they didn’t bother to inform Michael Jackson’s children of their plan and that resulted in several of those aunts and uncles being barred from their mother’s home per a court order.

“He’d talk to her to see what was wrong, but he wouldn’t allow her to tell the world anything. That only opens the door to more problems. But Katherine is in her 80s and really just wants the kids to be happy, so she lets them do what all other kids are doing. Problem is, they aren’t like other kids.’’

While she has more than a million followers on Twitter, Paris Jackson is often met with mean-spirited messages that attack her looks and famous father.

“Janet and others wanted her to get off Twitter for that reason alone,’’ said one family member.

“Why invite people to come into your life and insult you when you already have so much against you? But Paris wants to be like any other teenage girl.’’

Paris Jackson’s last tweet on Tuesday posted a lyric from Beatles’ Yesterday : “Yesterday all my troubles seem so far away now it looks though they are here to stay.’’