The original protests over the redevelopment of Gezi Park were “just and legitimate”, he said, offering to meet the organizers.

Bulent Arinc called for the protests to end, saying they had been taken over by “terrorist elements”.

The protests have escalated into five days of unrest in cities across Turkey.

“The use of excessive force shown against the people who initially started this protest with the motive of protecting the environment was wrong. And it was unfair. So I apologize to those citizens,” Bulent Arinc said at a news conference in Ankara.

However, he added: “I do not think we need to apologize to those who create destruction of public property in the streets and who try to prevent the freedom of the people in the streets.”

PM Recep Tayyip Erdogan has taken a tougher line with protesters in his public comments, saying they are undemocratic.

He went ahead with a trip to Morocco and, speaking after his arrival there, insisted the situation was “calming down”.

“On my return from this visit, the problems will be solved,” he told reporters.

One union federation has begun a two-day strike in support of the protests.

A second death in the protests has been confirmed by officials the southern city of Antakya.

Abdullah Comert, 22, a member of the youth wing of the opposition Republican People’s Party, was “seriously wounded… after gunfire from an unidentified person,” the governor’s office said, adding that he died later in hospital.

On Monday, the Turkish Doctors’ Union said 20-year-old Mehmet Ayvalitas was hit by a car on Sunday which ignored warnings to stop and ploughed into a crowd of protesters in the Mayis district of Istanbul. 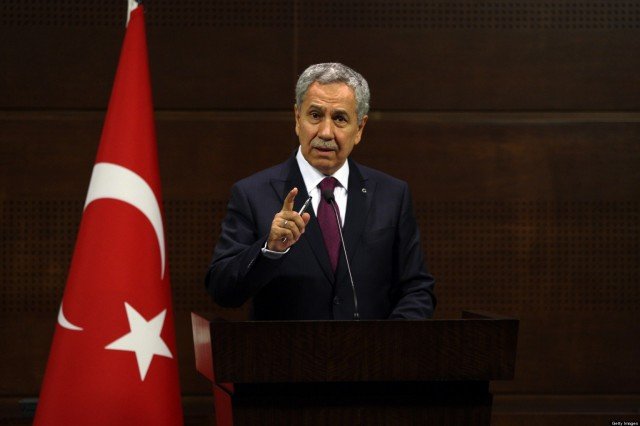 Hundreds of protesters were reported to have gathered in the early hours of Tuesday in Ankara where they were police used more tear gas and water cannon.

Share values in Turkey were hit badly by the unrest on Monday, with the main share index falling by 10.47%, although it did recover some of the losses in early trading on Tuesday.

In a sign of continuing concern in Washington, US Secretary of State John Kerry spoke of “excessive use of force” by the police.

“We obviously hope that there will be a full investigation of those incidents and full restraint from the police force,” he said.

The protests began on May 28 over plans to redevelop Gezi Park near Taksim Square in Istanbul.

They soon mushroomed, engulfing several cities and including political demands.

Unrest was also reported on Sunday in the western coastal city of Izmir, Adana in the south and Gaziantep in the south-east.

They fear Recep Tayyip Erdogan’s Justice and Development Party (AKP) is trying to impose conservative Islamic values on the officially secular country and infringe on their personal freedoms, correspondents say.

His opponents see moves such as recent restrictions on the sale of alcohol and legislation last year which allowed children to enter Islamic schools at a younger age as proof of this agenda.

An investigation into hundreds of coup plot suspects has also been seen as undermining the influence of the military, which has traditionally considered itself as guarantor of the country’s secular constitution.

However, supporters of Recep Tayyip Erdogan point to the fact that he has been elected with a convincing majority, and that many Turks still back him.