Istanbul municipality plans to replace Gezi Park with a shopping center have sparked protests in Turkey’s largest city and beyond.

What began as a demonstration against the loss of green space has turned into a wider expression of anger against government policies. The excessive use of force by riot police has escalated tensions. 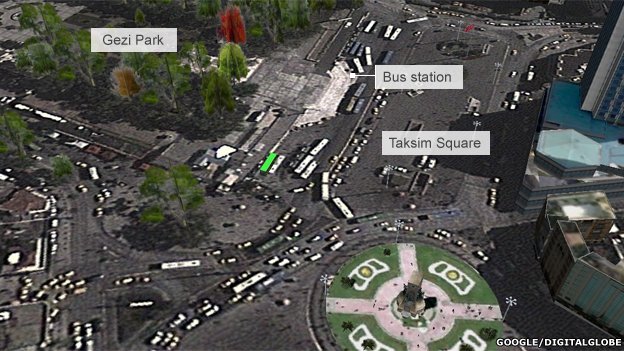 The development of Gezi Park – an urban park in Taksim Square – is part of a wider urban redevelopment project in the city. 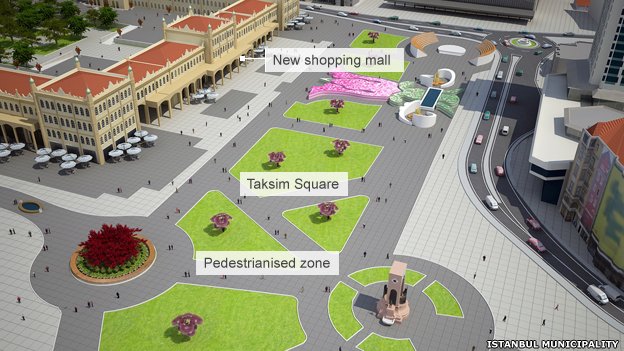 The government wants to pedestrianise and ease traffic around Taksim Square; Kalyon Group, a company which has close ties with the government, has been contracted to carry out the project.

Plans include building a shopping centre, which PM Recep Tayyip Erdogan says would not be “a traditional mall”, but would include cultural centres, an opera house and a mosque.

An Ottoman-era military barracks would be rebuilt near the site and the historic Ataturk Cultural Centre would be demolished.

Opponents of Recep Tayyip Erdogan’s plans say Gezi Park is one of the few green areas left in central Istanbul.