Two leading doctors at an European meeting of anaesthetists urged for an international agreement on when and how death is diagnosed.

They said improvements in technology mean the line between life and death is less clear.

They also called for precise guidelines and more research to prevent the rare occasions when people are pronounced dead but are later found to be alive.

The World Health Organization (WHO) has begun work to develop a global consensus.

In the majority of cases in hospitals, people are pronounced dead only after doctors have examined their heart, lungs and responsiveness, determining there are no longer any heart and breath sounds and no obvious reaction to the outside world.

But Dr. Alex Manara, a consultant anaesthetist at Frenchay Hospital in Bristol, said more than 30 reports in medical literature, describing people who had been determined dead but later found to be alive, had driven scientists to question whether the diagnosis of death can be improved.

At a meeting of the European Society for Anaesthesiology he said that on some occasions doctors do not observe the body for long enough before someone is declared dead. 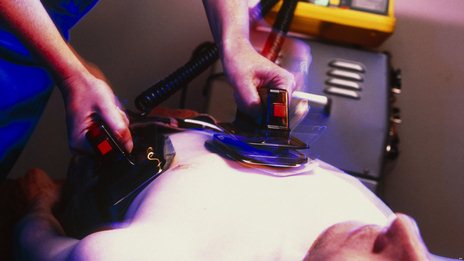 Dr. Alex Manara called for internationally agreed guidelines to ensure doctors observe the body for five minutes, in order not to miss anyone whose heart and lungs spontaneously recover.

Many institutions in the US and Australia have adopted two minutes as the minimum observation period, while the UK and Canada recommend five minutes. Germany currently has no guidelines and Italy proposes that physicians wait 20 minutes before declaring death, particularly when organ donation is being considered.

At the conference, Ricard Valero, professor of anaesthesia at the University of Barcelona, considered the rarer scenario of patients in intensive care units whose hearts and lungs are kept functioning by machines.

In such scenarios, doctors use the concept of brain death – often conducting neurological tests to monitor any brain activity in the patient.

But the criteria used to establish brain death have slight variations across the globe.

In Canada, for example, one doctor is needed to diagnose brain death; in the UK, two doctors are recommended; and in Spain three doctors are required. The number of neurological tests that have to be performed vary too, as does the time the body is observed before death is declared.

“These variations in practice just do not seem logical,” Prof. Ricard Valero said.

He proposed further research to support a global consensus on the most appropriate criteria to diagnose brain death.