Mariah Carey and Nicki Minaj are leaving American Idol after one season as judges on the talent show.

The announcement comes in the same month as original judge Randy Jackson also left the panel.

Nicki Minaj told her 16 million Twitter followers: “Thank you American Idol for a life changing experience! Wouldn’t trade it for the world! Time to focus on the Music!!! Mmmuuuaahhh!”

Her spokesperson said the singer was now working on a world tour.

It is unclear whether Keith Urban will return for the show’s next series. 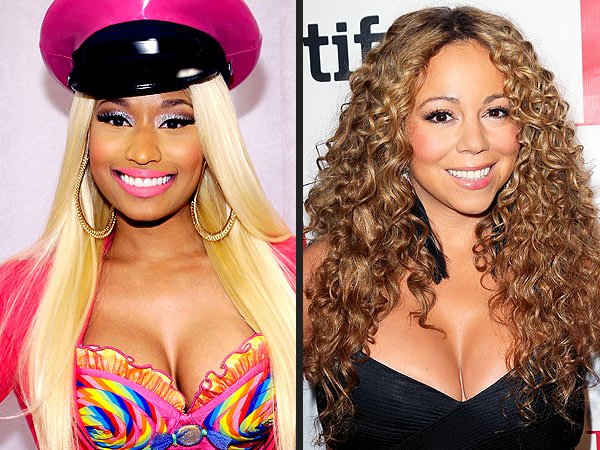 Mariah Carey reportedly earned $18 million while Nicki Minaj’s salary was reported to have been $12 million.

American Idol‘s ratings fell to their lowest point in 12 years this series with 14.2 million watching the season finale, which was won by Candice Glover.

Fox, which broadcasts the show, said Mariah Carey was a “true global icon” and that they felt “extremely fortunate” that she was part of the show.

In a joint statement with American Idol‘s production company, FremantleMedia, the network added: “Nicki Minaj is a superstar who brought a level of honesty and passion to American Idol and who had a tremendous positive impact on so many contestants this season.

“Given her extremely busy career, we understand and respect her decision and wish her the best.”