According to a new study, the excessive consumption of soda – even diet soda – affects your teeth as badly as ingesting two of the most dangerous narcotics on earth.

The good news is it likely takes far more soda than the amount consumed by a normal human being to achieve the same dental devastation as c**ck or m**h.
The study – conducted by Dr. Mohamed Bassiouny, a professor of restorative dentistry at the Temple University School of Dentistry in Philadelphia – references a woman in her 30s who drank two liters of soda a day for nearly five years. According to Prof. Mohamed Bassiouny, the woman had the same amount of dental damage as a 29-year-old m**h user and a 51-year-old c**ck addict.
The m**h user, however, also consumed two or three cans of regular soda a day because the drugs made his mouth dry, and the c**ck addict has been a regular c**ck user for 18 years, nearly four times as long as the soda drinker had been consuming excessive amounts of soda. Additionally, the soda drinker admitted that she has not seen a dentist in many years.
“None of the teeth affected by erosion were salvageable,” Prof. Mohamed Bassiouny tells U.S. News and World Report, noting that all of the study participants had to have all of their teeth removed. 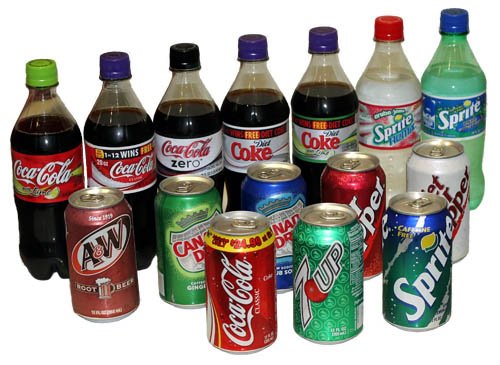 A new study claims that the excessive consumption of soda, even diet soda, affects your teeth as badly as ingesting two of the most dangerous narcotics on earth

The study also finds that sugar-free soda is just as damaging to teeth as regular soda if they are consumed in the same quantity because of their acidic content – a high acidity level also is what makes c**ck and m**h so bad for teeth.
But soda advocates say the study is flawed, and that comparing soda to illegal d**gs is unfair and “irresponsible”.
“The woman referenced in this article did not receive dental health services for more than 20 years – two-thirds of her life,” the American Beverage Association said in a statement.

“To single out diet soda consumption as the unique factor in her tooth decay and erosion – and to compare it to that from illicit d**g use – is irresponsible.
‘The body of available science does not support that beverages are a unique factor in causing tooth decay or erosion,” the group said.

“However, we do know that brushing and flossing our teeth, along with making regular visits to the dentist, play a very important role in preventing them.”