Just hours after escaping from the clutches of crazed kidnapper Ariel Castro, Troy Berry’s granddaughter Amanda – whom he had last seen as a 16-year-old – called to say: “Hi grandpa, it’s Mandy.”

But then the call from Amanda Berry, who is now 27 years old and the mother of a six-year-old daughter born in captivity, took an unexpected twist.

Troy Berry, 73, who is set to be reunited with Amanda soon, revealed how her first words were about a classic car he had promised her just days before she went missing.

He said: “A few days before she went, I told her I had this 1986 Chevrolet, a special Nascar limited edition, which I would teach her to drive in. And I told her if she did good, I’d give it to her.

“The first thing she asked me was, <<Grandpa, do you still have my car?>> I joked and said, <<No, I’ve given it away>>. But then I heard silence and I told her I was kidding and she burst into tears of happiness. 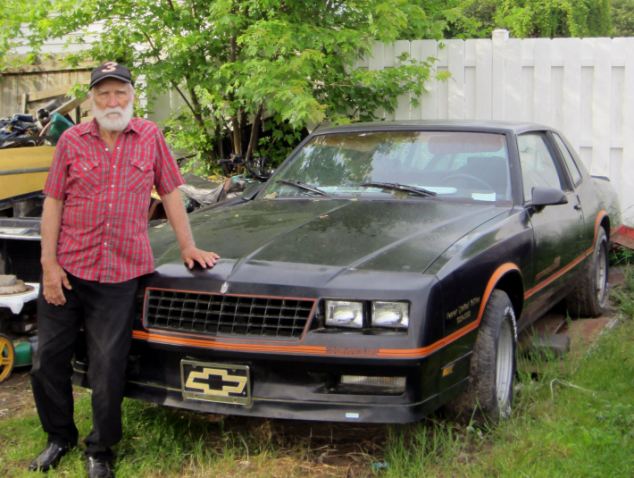 “I used to look at that car and think of her. I hope she was thinking of it too, and of us, while she was in there and I hope that helped her to get through it. I used to take Mandy to motor shows when she was a little girl.

“When she went missing, I could never bring myself to get rid of the Chevy. Every time I looked at it, I imagined her smiling, sitting behind the wheel and I’d pray to God that she’d come back to us. Now I’m going to fix it up. I kept the fancy hubcaps in the house so they wouldn’t get stolen.

“I’m as pleased as punch I’ll finally be able to teach her to drive in it. We’ll get a booster seat for the little one and make it a regular palace on wheels.”

Amanda Berry and her fellow captives Gina DeJesus, 23, and Michelle Knight, 32, are enjoying their first weekend of freedom after escaping the clutches of brutal Ariel Castro.

Troy Berry said: “Mandy is as happy as a freed bird. She told me it feels good to be sleeping properly.

“She says every moment feels like a gift. Every piece of chicken, every glass of water, every little thing. The FBI took Mandy to the doctors. She had no daylight and he starved them, only giving them the cheapest things he could find. But she’s feeling great and doing well.”

“Mandy said she was sometimes in the same room as the other two girls,” he said.

“She said they kept each other going, tried to help each other, protect each other from him. She said she’ll stay friends with them forever after what they’ve been through. They’re the only ones who know how bad it all was.”