Parliamentary elections are under way in Bulgaria with opinion polls predicting no outright winner.

Mass protests against low living standards and widespread corruption forced the government of the centre-right Gerb party to resign in February.

However, the run-up to Sunday’s election has been marked by voter apathy and claims of fraud.

On Saturday prosecutors said they had seized 350,000 illegal ballot papers at a printing house.

The election campaign had already been marred by revelations of illegal wiretapping of politicians.

Gerb has pledged to keep debts under control while the socialists say they will spend more and create jobs. 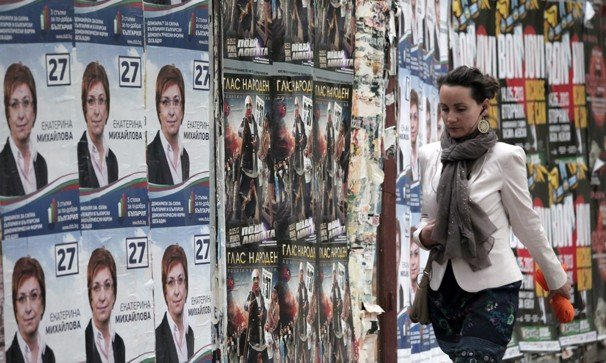 Other parties expected to pass the 4% threshold needed to enter parliament are the Movement for Rights and Freedoms (MRF) – which represents Bulgaria’s ethnic Turkish minority – the ultra-nationalist Ataka, and the centrist Bulgaria of the Citizens.

However, the prospect of an election with no outright winner has raised fears of a hung parliament and further instability in the EU’s poorest country.

Bulgaria’s 6.9 million eligible voters can choose between 36 parties but turnout is predicted to be below 50%.

Despite the large number of parties competing, it is an election that no-one appears to want to win.

Boiko Borisov has said he would be happy to go into opposition and BSP leader Sergei Stanishev has said that if his party wins, he will not be prime minister.

Bulgaria faces a major economic and social crisis with unemployment officially close to 12% but – unofficially – over 18%.

A day before the election, prosecutors revealed they had raided a printing house near the capital Sofia and seized 350,000 ballot papers that were printed over the legally fixed number.

Sergei Stanishev described the discovery as a “scandal”.

He said it showed there had been “preparation for total falsification of the elections”.

The discovery triggered a protest by members of some opposition parties outside parliament on Saturday.

The election campaign has also been marred by revelations of illegal wiretapping of political opponents, with prosecutors pointing the finger at former Interior Minister Tsvetan Tsvetanov.