Ohio Attorney General Mike DeWine said in a news release this morning that state lab technicians worked through the night to confirm that the child born in captivity belonged to Ariel Castro.

Ariel Castro’s DNA was also tested to see if it was connected to any state crimes, specifically to similar missing teen cases in the area, but it resulted in no matches.

Details emerged this week about the circumstances surrounding Jocelyn’s birth in the house of horrors Ariel Castro held the women in for a decade.

Amanda Berry, 27, is believed to have given birth to her daughter in an inflatable child’s swimming pool to ensure minimal mess. Michelle Knight was allegedly ordered by Ariel Castro to deliver the baby and was told she would be killed if the baby died. 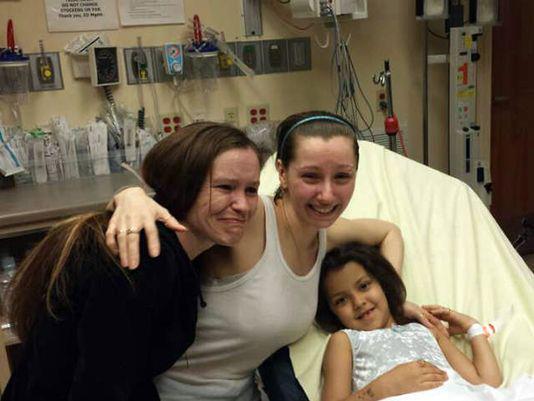 Baby Jocelyn was not breathing when she was born but Michelle Knight is said to have given her mouth-to-mouth resuscitation to get her breathing started, in turn saving both their lives.

Jocelyn is said to have been instrumental in the escape of the three women as she alerted her mother Amanda Berry that Ariel Castro, 52, had left the house, prompting her to call for help from inside the boarded house.

The girl is believed to have told her mother: “Daddy has gone to see grandma.”

Jocelyn was the only one who would be taken out of the house by Ariel Castro on weekends to see his mother, Lillian Rodriguez. She called the elderly woman grandmother.

The girl was also seen out recently at a playground with Ariel Castro.

When Ariel Castro was asked who the young girl was he told neighbors she was his girlfriend’s daughter.