The family of 8-year-old Martin Richard, who was killed in the Boston marathon bombings, has revealed the heartbreaking moment their daughter Jane awoke two weeks after the attack and learned her brother had died.

Jane Richard, 7, lost her leg in the April 15 blast, while her mother Denise, 42, suffered head injuries, her father Bill, 42, was hit by shrapnel and her brother Martin lost his life.

Only her oldest brother, 12-year-old Henry, escaped without injury.

In a statement released on Thursday, the family revealed Jane awoke two weeks after the attack “with difficult questions that needed to be answered”.

“There are not words to describe how hard sharing this heartbreaking news was on all of us,” it read.

Amid the tragedy, the family is celebrating the progress of little Jane, who has now undergone her eleventh surgery to close the wound on her left leg and to eventually prepare it for a prosthesis.

Jane Richard has battled infections in hospital and faces more surgeries after losing her leg below the knee.

“While she has more trips to the O.R. ahead of her, last night’s operation marked an important milestone,” the statement read. 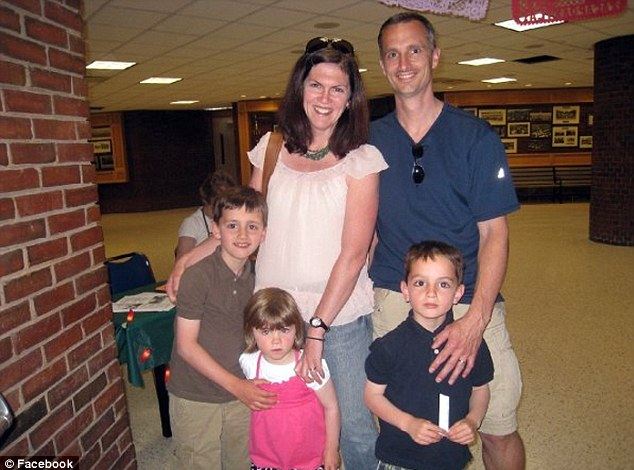 The family of 8-year-old Martin Richard, who was killed in the Boston marathon bombings, has revealed the heartbreaking moment their daughter Jane awoke two weeks after the attack and learned her brother had died

“If things go well, Jane could be ready to transition to the rehabilitation stage of her recovery in the next few weeks.”

Henry Richard has returned to school, “which gives him a needed sense of routine and normalcy”, the statement, which was uploaded to the family’s website, said.

The Richards also took the time to thank members of the public and authorities for their help throughout “our very darkest hour”.

“We want to thank the people who quickly got to Jane and addressed her injury in the street because they saved her life,” it read.

“We also salute those who stood guard over Martin’s body so he was not alone. Those officers will never know how comforting that was in our very darkest hour.”

Jane Richard is believed to have been standing on the marathon fence next to the big brother she idolized when the first of two bombs detonated near to the finish line.

Images from before the blast appear to show Bill Richard, 42, a community organizer, holding his youngest children up on the railings as Dzhokhar Tsarnaev plants his backpack bomb just behind them.

Bill Richard and his son Henry, 12, managed to escape from the bomb attack uninjured.

The bombs, described by experts as makeshift anti-personnel devices, were made from pressure cookers packed with shrapnel and ball bearings to cause the maximum injuries to bystanders.

Police believe they were planted by brothers Dzhokhar, 19, and Tamerlan Tsarnaev, 26. After their images were released by the FBI, Tamerlan Tsarnaev was killed in an ensuing gunfight with police.

Dzhokhar Tsarnaev was found hiding in a boat outside a home hours later and was treated in hospital for an apparently self-inflicted gunshot wound to the neck. He remains in federal prison in Massachusetts and is charged with using a weapon of mass destruction.

For updates from the Richard family, visit their blog.