It appears Kim Kardashian and Kanye West plan to wed following the upcoming birth of their baby girl.

A source told RadarOnline.com on Friday that Kim Kardashian and Kanye West have chosen a date for their nuptials and hope to wed in a seaside ceremony.

“Kim’s choice at the moment is a starlight ceremony in California’s Big Sur,” the insider confirmed just one day after Kanye West took to Twitter to post just one cryptic comment that reads: “June Eighteen.” 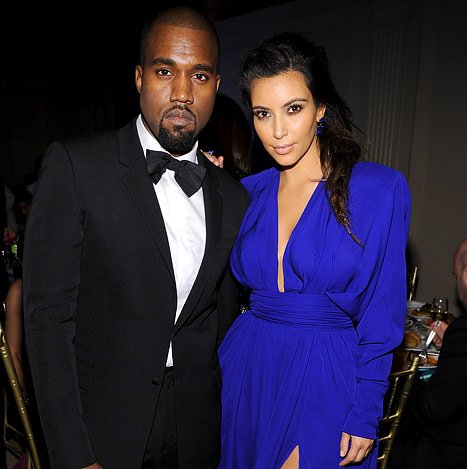 Other details offered include the revelation that Kim Kardashian, 32, intends to say her “I do’s” wearing an “ethereal white wedding dress” in a setting “where they can hear the waves and be married under the moon and stars”.

But fans shouldn’t expect an E! broadcast of the occasion, as Kanye West reportedly has requested that media be banned from the ceremony and the couple refrain from selling their wedding photos for profit.

The source confirmed: “Instead, Kanye says they should consider a donation to one of Kim’s charities like the Skin Cancer Foundation or Mattel Children’s Hospital in a deal around the wedding for a short film.”

Kim Kardashian remains eager to build a life with Kanye West, 35, but must first pass the hurdle of finalizing her divorce from NBA player Kris Humphries: “Now that Kim’s almost a free woman, she wants an immediate wedding – she wants to marry the father of her baby as soon as possible, but the birth must come first.”

The insider claims that the couple have discussed “marriage for a long time, so it’s not like Kanye is going to propose and they’ll get engaged – it’s been something they’ve been looking forward to for a while during the divorce.”

Kim Kardashian even has put together “a folder of houses she’s seen and all her recent scans and medical reports” to keep Kanye West involved in the pregnancy despite his busy schedule.