Home Entertainment Michael Jackson’s death trial: Conrad Murray was willing to do anything for...

Detective Orlando Martinez, who investigated Michael Jackson’s 2005 death, has revealed that Dr. Conrad Murray was $500,000 in debt and willing to do anything to get paid while he was treating the megastar.

Lawyers for Michael Jackson’s mother Katherine argued that AEG should have vetted Murray. AEG is defending itself from a wrongful death lawsuit that alleges the company bears responsibility for Dr. Conrad Murray allegedly giving Michael Jackson a lethal dose of the anesthetic propofol.

Orlando Martinez testified that he looked into Conrad Murray’s finances searching for a financial motive for his role in Michael Jackson’s death and relied mostly on public records. The detective turned up that Conrad Murray’s Las Vegas home was in foreclosure proceedings, and the doctor faced several liens for unpaid child support and other unpaid debts.

Orlando Martinez said that led him to believe Conrad Murray’s actions were motivated by the $150,000 a month he expected to be paid by AEG.

“He may break the rules, bend the rules, do whatever he needed to do to get paid,” Orlando Martinez said.

Conrad Murray’s finances were not a factor in the criminal case that ended with his 2011 conviction for administering a fatal dose of propofol to Michael Jackson.

The paramedic who discovered Michael Jackson dead in his bedroom in june 2009 told the jury earlier Tuesday that the King of Pop appeared to have been dead at least an hour when he arrived on the scene.

Michael Jackson’s blue hands, feet and lips, and the star’s dry eyes all signaled to paramedic Richard Senneff that the singer was dead and hadn’t been breathing for a long time. 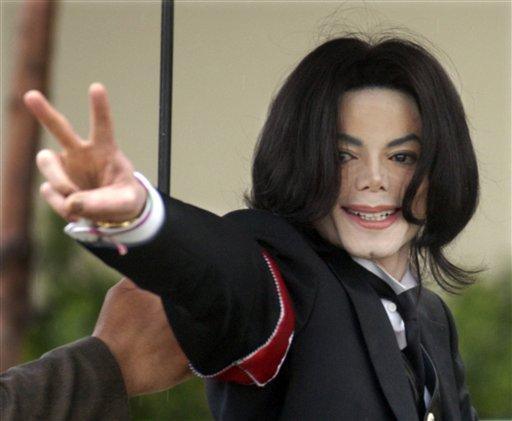 Det. Orlando Martinez said Dr. Conrad Murray was $500,000 in debt and willing to do anything to get paid while he was treating Michael Jackson

“To me, he looked like someone who was at the end stage of a long disease process,” Richard Senneff said Tuesday during his testimony in the civil case between Michael Jackson’s mother and concert giant AEG Live.

“He was pale, he was sweaty,” the paramedic said of Murray.

Conrad Murray claimed he was treating Michael Jackson for dehydration and he never mentioned propofol, the hospital-grade anesthetic that killed the singer, Richard Senneff said.

He told the panel that he found an IV pole, oxygen tanks and a nightstand with several medicine bottles.

In the nearly four years since his death, nearly every aspect of Michael Jackson’s life has been explored in court proceedings, documentaries, books and news stories.

Still, the negligence case filed by his mother against AEG promises to deliver the most detailed account of the singer’s addiction struggles, including testimony from his ex-wife Debbie Rowe about treatments involving the anesthetic propofol dating back to the 1990s.

Michael Jackson died from a propofol overdose in 2009 while preparing for a series of comeback concerts at AEG’s O2 Arena in London.

Attorney Brian Panish, who represents Katherine Jackson, said the drug problems worsened when the pop star was under the stress of live performances.

At one point in the proceedings, the harsh portrayal of Michael Jackson’s struggle with addiction, led one juror to lean forward and stare at the floor for several moments.

Katherine Jackson and two of the superstar’s children, Prince and Paris, are potential witnesses whose testimony will likely focus heavily on their grieving and losses.

On Monday, Brian Panish played a song Michael Jackson wrote for his children as a montage of photos played during opening statements. He also read a handwritten note from Michael Jackson that his mother framed and has hanging on her wall.

“The only way you can assess damages, is to know what they had,” Brian Panish said before reading the letter and playing You Are My Life.

Katherine Jackson dabbed her eyes with a tissue. On Tuesday, she left the courtroom while the paramedic described her son’s condition on the day he died.

It may be several days before jurors get another look at Michael Jackson’s softer side.

The trial will also feature testimony on Michael Jackson’s troubled finances, with debts that reached nearly $400 million by the time he died.

AEG contends the debts made him desperate to have a successful concert series.

“The private Michael Jackson was like a lot of American in the 2000s, spending a lot more than he was making,” Marvin S. Putnam told the jury after describing Michael Jackson’s lavish Neverland Ranch, his art collection and other spending.

Many other private moments from Michael Jackson’s life will be exposed as the case progresses over the next several months, with witnesses expected to testify about secret medical treatments, lavish spending and tender moments spent with his mother and children.