There are also reported to be a number of casualties.

The blast is believed to have been a suicide attack. 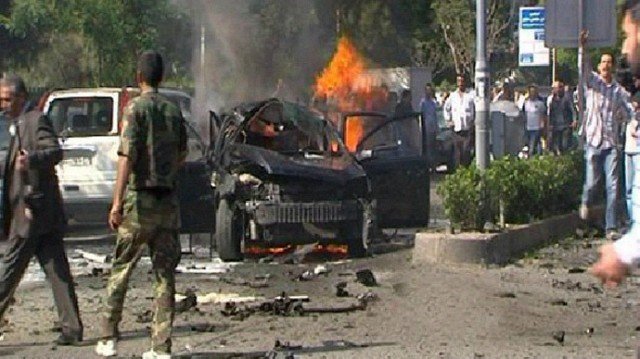 Syrian state television said the explosion happened at a busy intersection. A picture which activists said was of the scene after the attack showed a large plume of black smoke rising into the air near a road and a high-rise building.

Activist groups said a bus and a car had been set on fire.

Mezzeh is a government-controlled quarter housing a military airport which is vital to the regime’s defenses.

Syrian forces and rebels have been fighting around Damascus for months but with neither side gaining an upper hand.

Monday’s attack is the latest bombing inside government-controlled areas.

Late last year there was a suicide bomb attack on the interior ministry. The state media said top officials had escaped unhurt, but it later emerged that the minister himself had been badly injured.