Ellen Kardashian, Robert Kardashian’s widow, is being sued by Kris Jenner and the Kardashian siblings for copyright infringement.

They claim Ellen Kardashian “sold their property, such as family photos and writings, to a publishing outlet this past January”.

“Today’s filing should serve as notice that they will vigorously defend their rights when forced to do so,” the Kardashians’ lawyer Marty Singer told The Hollywood Reporter.

The items are said to detail the Kardashians’ lives before they found fame and have featured in magazines Life & Style and In Touch. 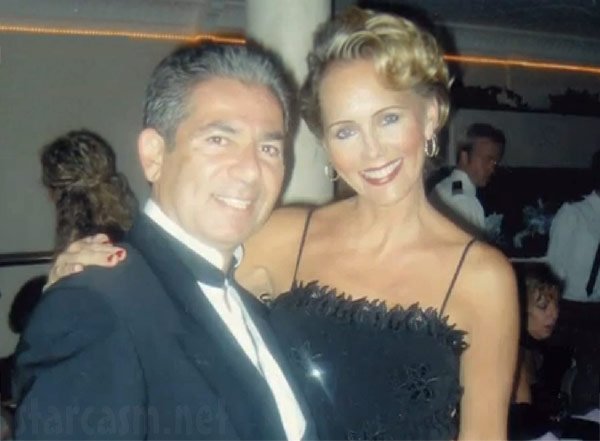 Ellen Kardashian, Robert Kardashian’s widow, is being sued by Kris Jenner and the Kardashian siblings for copyright infringement

The February 4 issue of In Touch magazine featured an article titled “The Secret Kardashian Diaries” while Life & Style magazine included a piece with the headline: “Feature on the life struggles of the Kardashians including Khloé Kardashian”.

Ellen married Robert Kardashian two months before he died of cancer in 2003 after dating for around five years.

The widow is alleged to have retained some of her husband’s possessions including his diary and family photographs and licensed portions of the diaries to Bauer Publishing, which owns the magazines.

In their lawsuit, Kris Jenner and Kardashian siblings accuse Ellen Kardashian of a “despicable and unlawful scheme to hold in secret and convert, and now exploit… private personal and copyright protected” material.

The Kardashians claim that the diary and family photo albums are “incontestably” their inheritance and property.

They allege that Ellen Kardashian has kept her late husband’s belongings “with the express intent to one-day capitalize and exploit the valuable property and celebrity of the famous Robert Kardashian”.

Kris Jenner and her children are now requesting their return.

When Ellen Kardashian filed for bankruptcy back in 2010, she was required to list all assets and property of value but did not list her possession or ownership of the diaries or photographs.

The new lawsuit alleges that Ellen Kardashian cannot claim “any ownership interest” because she failed to disclose the items in the bankruptcy process.

It asserts that the widow was paid for an interview and provided purported rights to the photographs.

The siblings are now demanding at least $500,000 in damages.

The new filing appears to be somewhat of an about turn from the Kardashians who called into question the existence of the diaries when excerpts were first published.

The family’s representative released a statement, saying: “We have no knowledge of these diaries existing and these accusations are ridiculous and not true.”

Ellen Kardashian received volleys of insults from the sisters after she leaked the diaries she claimed were penned by the late lawyer, in which he says their mother Kris Jenner was guilty of physically abusing Kim.

Ellen Kardashian has previously claimed her late husband was not the biological father of Khloe.

She said during an interview: “These are authentic handwritten journals I have shared, that my late husband Robert Kardashian so carefully wrote during 1989 and 1990 at a most trying and touching time of his life. They are my personal possession and he left them to me on his passing.”