The Rolling Stones are to perform in London’s Hyde Park for the first time after 44 years.

Their outdoor concert will take place on July 6, a week after The Rolling Stones’ first appearance at the Glastonbury festival.

The Rolling Stones famously played in the Hyde Park just two days after death of guitarist Brian Jones in July 1969. 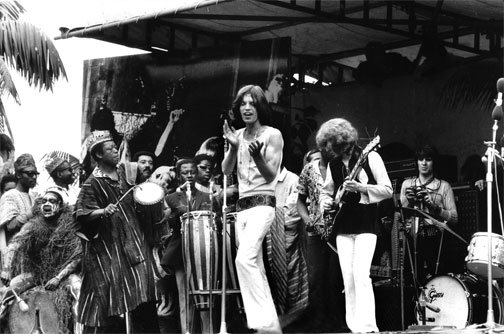 At the first Hyde Park gig, a legendary free concert for an estimated 250,000 people in 1969, Mick Jagger wore a white dress on stage and read a Percy Bysshe Shelley poem dedicated to Brian Jones. Thousands of butterflies were then released into the air.

Unlike in 1969, this year’s show will not be free – but ticket prices have not been announced. The group angered some fans when they charged up to £406 for shows at the O2 arena last year.

“It is quite a difficult gig,” he added.

“U2 had terrible weather and that didn’t help. You have to learn from their experiences.”

Bono later said U2 gave a disappointing performance at the festival because they were “a bit freaked out” by the conditions and the singer wore the “wrong shoes” for the stage.

The Rolling Stones have also announced a North American tour, beginning in May, but with more recovery time between gigs than in previous years.

“We have enough time before we come back to England, so we’ll be well recovered.”

But he said the group had no current plans to tour the rest of the world.

The Rolling Stones will be supported in Hyde Park in July by The Vaccines, The Temper Trap and Gary Clark Jr.