Global stock markets have fallen after some members of the Federal Reserve suggested its stimulus measures may be increasing the “risks of future economic and financial imbalances”.

The comments came in minutes of the Federal Reserve’s last meeting, where the Fed said it had left its monthly $85 billion bond-buying plan in place.

US markets opened lower on Thursday after recording their biggest drop so far this year on Wednesday.

European markets all closed down.

The Fed comments have raised expectations that the US central bank may scale back its bond-buying programme earlier than predicted.

Currently, the Fed is carrying out its plan of buying $85 billion of bonds a month until the US jobs market sees a substantial improvement.

By buying bonds, the Fed keeps interest rates low, which keeps the cost of borrowing for mortgages and other loans low.

However, the minutes of the Fed’s meeting in January showed that some members were concerned that the bond-buying programmes could push up inflation or could “foster market behavior that could undermine financial stability”.

The minutes said that “a number of participants” commented that an ongoing review of the effectiveness of the bond programme “might well lead the committee to taper or end its purchases before it judged that a substantial improvement in the outlook for the labor market had occurred”. 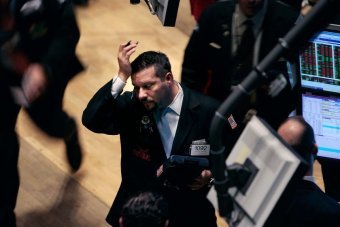 The bond-buying programme has been cited as a major reason for the rise in share prices in recent weeks, so signs of a premature end have hit stocks.

“US liquidity concerns following the Fed minutes looks like the pin which will burst the recent bubble in equities,” said Mike McCudden, head of derivatives at Interactive Investor.

On Wall Street, the Dow Jones index ended Wednesday down 108.13 points at 13,927.54, and continued to fall on Thursday, shedding a further 61 points by midday in New York.

While the dollar had been boosted by the Fed minutes, the euro was also hit by the latest survey of the eurozone region which suggested the downturn in the region’s businesses had worsened.

The latest eurozone purchasing managers’ index (PMI), compiled by research firm Markit, fell to 47.3 this month, down from 48.6 in January. A reading below 50 indicates contraction.

The figure was the lowest reading for two months and appeared to dash hopes that the eurozone’s economy would show signs of revival.

It also indicated a growing divergence between Germany and France, with output rising in Germany but declining at an increasing pace in France.