Sarai Sierra, the Staten Island mother who was found beaten to death during a solo trip to Istanbul last week, had sex with her Turkish lover in a bar restroom the day before she died, it was claimed today.

The allegations come as the body of Sarai Sierra arrived at her home in Staten Island, and will add further salt to the wounds of her husband Steven who has to deal with both his devastating loss and the heartbreaking allegations.

Today they printed a picture of a man they believe is Tarkan K. but still have not released his full name.

Sarai Sierra is then said to have emailed him to say she was coming to Turkey and wanted to meet him. Her body was found beaten to death last Saturday when she failed to make the return flight home.

Tarkan K’s lawyer said his client has absolutely nothing to do with the murder and revealed he comes from a “good family and completed a master’s program abroad…He’s very demoralized”.

Tarkan K. told Istanbul police that they had sex in a bar bathroom in Beyoglu on January 20, Hürriyet newspaper reported. He has denied wrongdoing and had previously denied the two had a relationship.

It was also reported today that police are questioning a drug dealer and hostel owner in the area where Sarai Sierra’s body was found after checking her phone and gmail records.

It comes after DNA testing from 22 suspects came back with no link to her murder. Police are said to have taken both blood and sperm samples from Tarkan K.

Sarai Sierra, 33, who filed for bankruptcy on 2005, had been unemployed for several years but recently got a part time job at a chiropractor’s office.

Her parents Dennis and Betzaida Jimenez, who also declared bankruptcy in 2005, live a five-minute drive away and often babysat while Sarai Sierra took time off from motherhood to go into Manhattan to take photographs. 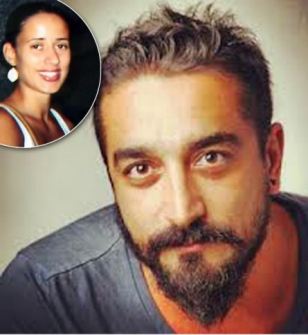 Sarai Sierra told her family she wanted to pursue her dream of taking pictures in Turkey – yet her only equipment was an iPad and Droid phone. Both items were missing when her body was found but the murderer did not take her wedding ring or other jewellery.

Meanwhile, a witness has told Istanbul police that he saw Sarai Sierra speaking to a different man outside the city’s Sultanahmet Mosque on January 11, just days after she arrived in the country.

The man handed her a card and as she left the mosque, she took a walk with him and four or five other men, the witness claimed, Turkish newspaper Milliyet reported.

Sarai Sierra flew to Amsterdam on January 15 and to Munich the next day, returning to Istanbul on January 19.

The witness said he then saw Sarai Sierra talking with the same man on January 21 at Topkapi Palace – the day she was due to fly home, but she never boarded the flight.

Turkish police and the FBI are reportedly looking into whether Sarai Sierra was involved with drug traffickers, human traffickers or jewellery transportation while on her solo trip.

Tarkan K. had initially insisted they were just friends, but Turkey’s Vatan newspaper reported he told police they had consensual sex a day before she went missing.

He had hoped to see her before she left but she never responded to his message.

Tarkan K., who is in his early 30s and lives in Istanbul, was quizzed by Turkish police several times and has given DNA samples, along with 21 other people.

He has denied any part in her murder.

All of those questioned have now been released, and police have also taken statements from 200 other people.

Sarai Sierra’s body was found stashed by Istanbul’s ancient city walls on Saturday, more than a week after she failed to catch her flight home.

Police said she died from a blunt force trauma.

She was found with a head wound and a blanket near her body and still had her earrings and a bracelet on, as well as her wedding ring.

Her iPhone and iPad were missing.

To pay for her funeral, her family began selling some of her images online on Tuesday and soon had enough to cover her expenses.

Sarai Sierra was believed to have finished a course in photography just before she made the trip to Istanbul, which she said was to take pictures of the city and its ancient ruins.