Car maker PSA Peugeot Citroen is writing down the value of its assets by 4.1 billion euros ($5.5 billion) to reflect the worsening state of the car market.

Peugeot said new accounting guidelines had prompted the move and that it was reversible when conditions improve.

The statement comes ahead of next week’s earnings and indicates it will report heavy losses for the period.

Peugeot is in the process of cutting 8,000 jobs and closing a factory to stem losses. 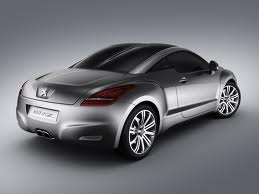 PSA Peugeot Citroen is writing down the value of its assets by 4.1 billion euros to reflect the worsening state of the car market

Chief financial officer Jean-Baptise de Chatillon said: “There was a realization in the second half that the crisis was going to be longer than expected… This is purely an accounting adjustment which has nothing to do with operations.”

A report in the French newspaper Liberation said the government was examining the possibility of buying a stake in the struggling company as a “last-resort plan”.

Peugeot, a founding member of the main French stock market index, the Cac-40, was demoted last year as a result of its tumbling share price.