Films built around existing characters from the Star Wars universe are being developed alongside the new trilogy of films, the Disney studio has revealed.

The films, written by Lawrence Kasdan and Simon Kinberg, will be released between 2015 and 2021, he continued.

The first of these, Star Wars: Episode VII, will be scripted by Michael Arndt, the Oscar-winning writer of Toy Story 3 and Little Miss Sunshine.

Bob Iger outlined the studio’s plans with CNBC ahead of a call with analysts to discuss the Disney company’s latest financial results. 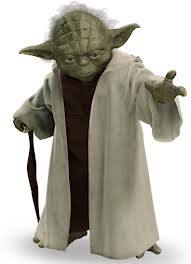 Despite seeing a slight dip in its quarterly earnings, the CEO said the studio was “confident about the year ahead, as well as our ability to create continued long-term growth”.

While speaking to CNBC, Bob Iger admitted there had been “speculation” about “some stand-alone films” that would not form “part of the overall saga”.

“But there are going to be a few other films released in that period of time too.”

Lawrence Kasdan has a long association with Lucasfilm, having worked on the scripts of The Empire Strikes Back and Return of the Jedi – the second and third installments of the first Star Wars trilogy.

Tuesday’s announcement was preceded by a report on the Ain’t It Cool News site that the first stand-alone film would focus on the diminutive Jedi master Yoda.

“Word is Yoda is first,” wrote website founder Harry Knowles in a posting that also mentioned such other Star Wars staples as bounty hunter Boba Fett and slug-like gangster Jabba the Hutt.